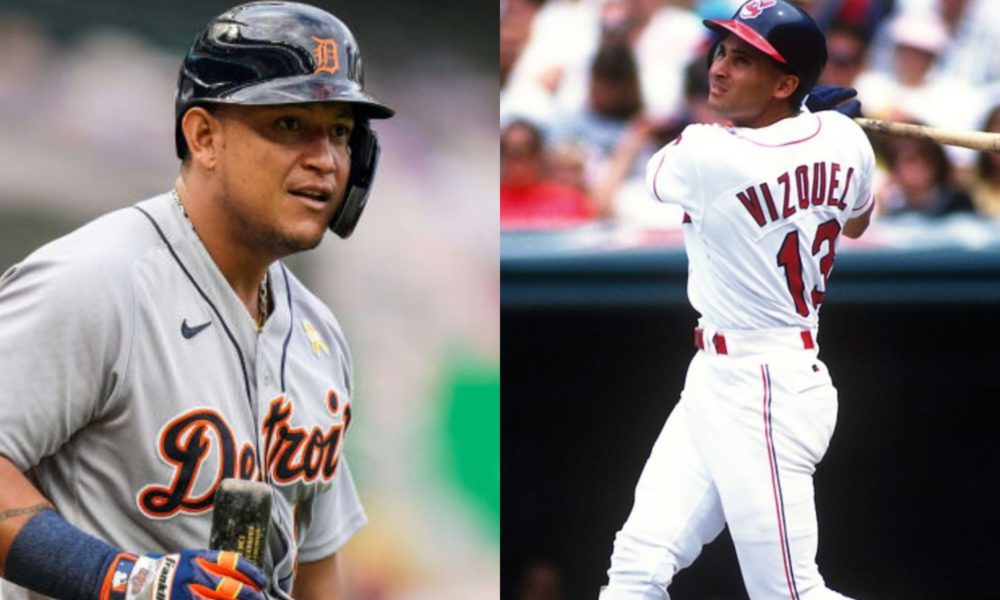 Venezuelan slugger Miguel Cabrera matched a curious mark of compatriot Omar Vizquel in the MLB.
On Monday’s day, the Detroit Tigers and the Pittsburgh Pirates were measured, where, in order not to lose the habit, Miguel Cabrera equaled a curious mark of the winner of eleven gold gloves in the Big Show Omar Vizquel.
Cabrera was not placed in the challenge lineup and emerged as a pinch hitter to consume the game with the game tied 2-2 in the top of the sixth inning, where he got runners in scoring position.
Miggy hit a deep fly to center field to jump-start a run, which put the Bengals up 3-2 against the Buccaneers.
In that way, he landed his 94th major league sacrifice fly, equaling Omar Vizquel, as well as Chili Davis, Ron Santo and Jim Rice in that department, ranking 51st for life.
A sacrifice fly implies having the ability to be a timely hitter and thus bring a run, so it is curious that Miggy, the man of RBIs, precisely equals that mark with Omar Vizquel and not for example with Andrés Galarraga, who was the Authentic slugger from Venezuela in the 90s.
He also drove in his 1792th career, falling 20 behind Frank Robinson and staying 21st in the majors. (Fielding)