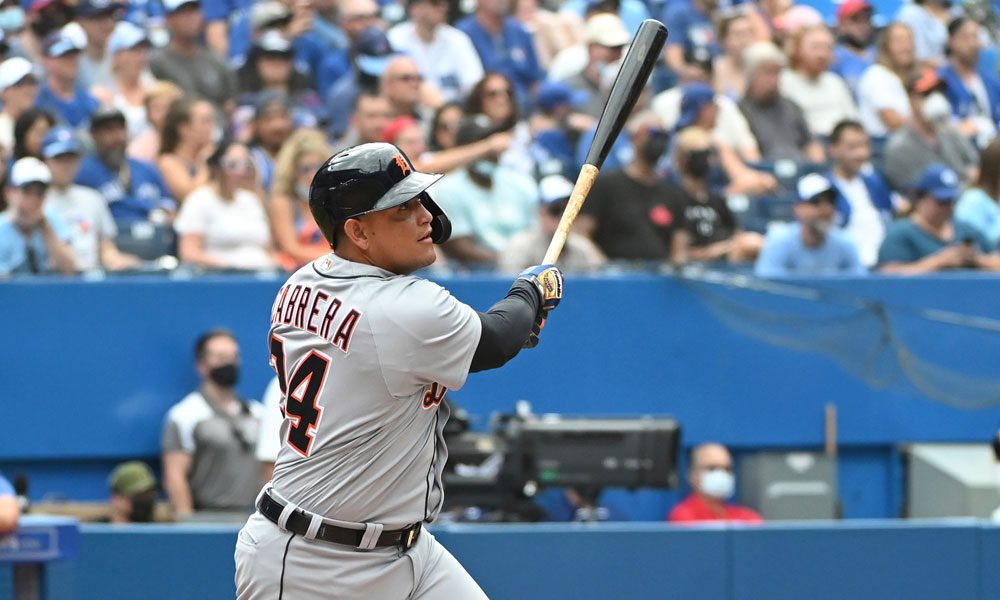 The day of Saturday measured the Detroit Tigers and the Tampa Bay Rays, where for a change in an unproductive afternoon, the Venezuelan Miguel Cabrera managed to continue equaling or surpassing the marks of figures of great weight in the Major Leagues.

While it is true that Miguel went 4-0, it is no less true that the Creole scored a career, number 1504 in the majors, equaling Hall of Famer Nap Lajoie at number 73, leaving two behind. Scored by Mike Schmidt.

In his last shift he struck out and the swing was number 1922 of his career, ranking 11th in the majors.

The good thing for Miguel and the Tigres is that the visiting team took the victory against the Rays with a 4-3 scoreboard, showing that the club has sought to play a good ball, although they have not been able to have a record of winning games during the campaign from the hand of AJ, Hinch.

Miguel currently has 2,978 hits in his career, leaving him 22 short of reaching the magical three thousand hits on the Big Show.

It seems difficult that in so few games he has a chance to hit those 22 hits, but if there is a hitter who can handle such a challenge, it is precisely Miguel Cabrera.

You can also read:  Horford Helps Celtics Win; Napier and Harkless to the Trail Blazers

If he does not achieve the goal this year, at least the Creole will have two more seasons where he can seek the culmination of the goal of the three thousand indisputable.

Regarding the mark that he equaled with Nap Lajoie, we must say that apart from scoring 1504 runs, he connected a bicoca of 3,243 hits, 1,599 RBIs and most of his career was spent in the city of Cleveland.

So Miguel definitely belongs to the elite of the Major Leagues and his badge in Cooperstown is only a matter of time.(Fielding)