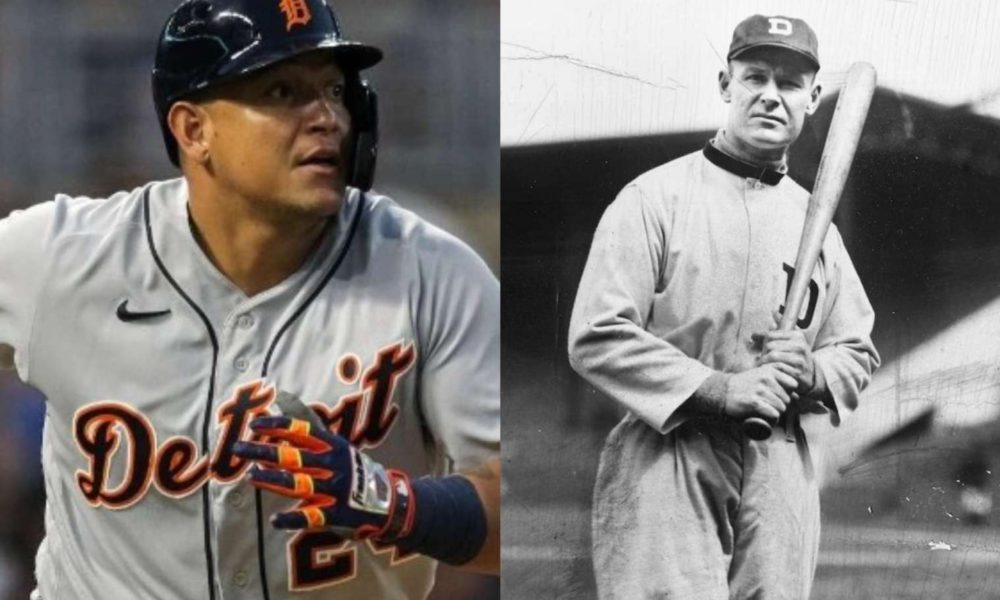 The Venezuelan of the Detroit Tigers, Miguel Cabrera, does not tire of making history in Major League Baseball – MLB, since this Sunday he equaled a mark of the member of the Hall of Fame, Sam Crawford.

Through the game Tigers vs. Toronto Blue Jays, Miguel Cabrera hit his 95th hit of this Major League season and 2961 for life in his career, with which he equaled the legendary and immortal of baseball Sam Crawford, who in his time also played in the Detroit organization.

Without a doubt, Cabrera writes one more page in his history each turn and here to be on a par with a legendary like Crawford must be a total pride, considering that like him, he is a legend of these Tigers in the MLB .

Now, after this tie in 2,961 hits, it puts the Venezuelan of the Tigers in the position number # 34 of all time in hits, being only 39 hits to reach the round number of 3,000 hits in Major League Baseball. .

Miguel Cabrera after equaling Sam Crawford, has as his next hit targets nothing more and nothing less than Sam Rice (2987) and a certain Roberto Clemente (3000).

The Venezuelan continues to increase his lifetime numbers, which will surely catapult him after his retirement to the MLB Hall of Fame.

Miguel Cabrera 🇻🇪 shoots his hit 2961, and ties Sam Crawford for 34th position of all time in hits