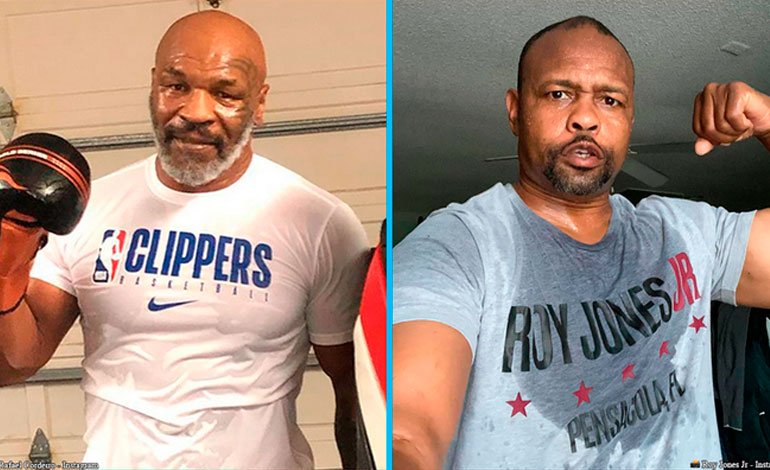 Mike Tyson and Roy Jones Jr. obtained permission from the California Athletic Commission to return to the ring next month, as their fight will strictly be a display of the talents they once shone with in boxing.

But the former champions, who are now in their 50s, asserted that they will take this contest seriously, and not as a mere exhibition.

“Isn’t it a real fight? We have Mike Tyson against Roy Jones, ”Tyson said Thursday, during an online press conference. “I am going to fight and I hope he does the same. That’s all you need to know. “

The promoters of the fight, which will be broadcast on pay-per-view television, announced that the Staples Center in Los Angeles will host the November 28 lawsuit, which will mark Tyson’s return to boxing to play a maximum of eight rounds against Jones.

You can also read:  Julio César Chávez affirms that today there would not be enough money to pay him

Tyson’s last official fight dates back to June 2005. The once undisputed heavyweight champion hasn’t fought for a title since 1996.

Jones continued to fight regularly well into his 40s, long after his reign in the light heavyweights ended. Their most recent fight was in February 2018.

At the thought that getting into a ring with Tyson could be a mere exhibition, Jones laughed, despite the fact that California commission officials made it clear that neither of the two contenders would attempt to seriously harm themselves during the two-minute round robin lawsuit. Officials warned they will stop the fight if either side suffers a significant cut or injury.

You can also read:  CMB hands over belt to Nicaraguan president and remembers Argüello

“Who gets in the ring with the great Mike Tyson, the legend, thinking it’s a show?” Jones asked. “With 12-ounce gloves? No head protector? Is this really an exhibition? Come on, you have to be realistic ”.

In short, Tyson and Jones said they will provide everything that can be expected from two veterans of the sport to generate genuine interest in the contest, which was agreed after images of Tyson were released online. The former monarch looked impressive in the video, when it came to sparring.

Neither slow nor lazy, Jones accepted the opportunity to fight what would be his most relevant fight in a decade. AP (HN).

You can also read:  They report that the UFC will be sold for a multimillion dollar figure