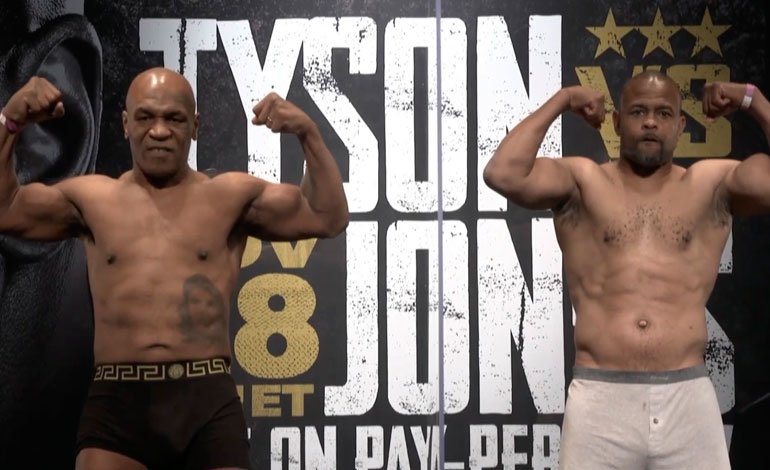 The return to the ring of the legendary Mike Tyson in an exhibition match on Saturday against Roy Jones Jr., both over 50 years old, has aroused both expectations and suspicions within the world of boxing.

Speculation about the return of “Iron Mike” began with videos he posted in May on social media. At 54, the former heavyweight champion looked fit again and punished his sparring with a sequence of swift blows.

With this letter of introduction, which had more than 12 million views on Instagram, Tyson’s return to the ring was gaining momentum until it was finalized in July with the announcement of the exhibition fight against Jones Jr., 51 years old and former world champion in four categories.

The fight, which will be broadcast on pay-per-view, will be held behind closed doors due to the coronavirus pandemic and will be the first sporting event to be played since March at the Staples Center in Los Angeles, the home of the Lakers, recent champions. of the NBA.

Tyson, who dominated heavyweights with an iron fist between the 1980s and 1990s, says he is nothing like the fighter who was shockingly knocked out by Irishman Kevin McBride in 2005, the defeat with which he ended his career at Los Angeles. 38 years.

You can also read:  The cheeky bag De La Hoya offered Floyd Mayweather for a rematch

The opportunity to see Tyson in action again has generated a mixture of excitement, nostalgia and curiosity among boxing fans although the fight, which is not official, has been heavily regulated due to the advanced age of the fighters.

To allow the fight to take place, the California Athletic Commission (CSAC) promulgated special rules to preserve the physical integrity of its protagonists.

Tyson and Jones Jr. will undergo complete medical examinations and anti-doping tests in which, according to US media, it will not be controlled if they have used marijuana. Tyson himself has several businesses dedicated to planting and selling marijuana-related products.

The fight will be divided into eight two-minute rounds and the fighters, although they will not wear a protective helmet, will use lighter gloves (12 ounces), which reduce the power of the blows.

You can also read:  Pacquiao received as a hero in the Philippines after snatching the welterweight title from Vargas

Scores will be offered by members of the World Boxing Council (WBC) for “entertainment” purposes, as they will not declare an official winner. Knockouts will be avoided and the fight will be stopped if any of the boxers sustain a serious cut.

In recent weeks, both fighters have rejected the criticism the fight has received and disagreed with the restrictions.

Isn’t it a real fight? It’s Mike Tyson versus Roy Jones. I come to fight and I hope he comes to fight and that’s all you need to know, “Tyson stated. “Women fight for two minutes.”

“Who walks into the ring with the great and legendary Mike Tyson and thinks, ‘This is a show?” Jones Jr. said.

Mike Tyson today against Roy Jones Jr, in a fight that marks the return of the former world champion.

Tyson has worked his body conscientiously in the gym, determined to redirect a life that has been through all kinds of ups and downs, from achieving sporting glory to jail time, drug addiction and financial ruin.

You can also read:  George Kambosos conducted a poll for the next rival, they chose Lomachenko

Tyson’s confidence leads him to consider more appearances in the ring next year, although other boxing figures have warned of the risks he will take on Saturday.

It’s temporary insanity. It’s happened to all of us, ”said George Foreman, who was the oldest heavyweight champion in history at 45 years old.

“I compare him to a guy who wants to get on a boat and go out to sea,” he explained. “It seems like a lot of fun, everything is so peaceful. Then it comes out and the big waves start to come in and the sea is rough and it’s raining and the wind is blowing. Then he asks himself, ‘Lord, why am I doing this?’

From a medical point of view, “the real risk at this age is in the heart and brain,” said Dr. Amine Mokhtar Benounnane, a member of the medical commission of the French Boxing Federation.

«Tyson has suffered knockouts and we know what happened outside the rings. We cannot say that he has preserved his health. That counts even if (the fight) is apparently more a demonstration than a real fight, “said the doctor. AFP (HN)