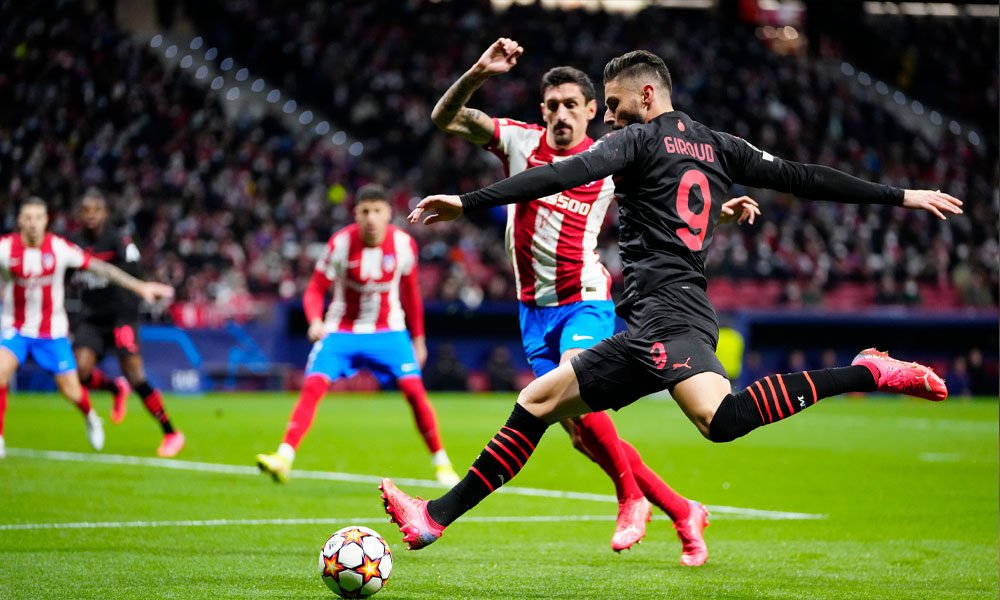 Not even the defeat of Porto at Anfield clarified the future in the Champions League for Atlético de Madrid, unable to play anything against Milan, defeated 0-1 and without nuances by an opponent who believed more in victory, than proposed more to achieve it and that he achieved it in the 87th minute, with the accurate header of Messias Júnior to reveal to the rojiblanco team an irrefutable reality of its current level in Europe, with its continuity in the ‘Champions’ pending an indispensable triumph in Do Dragao or something else, if the Italian team beats Liverpool.

In the 71st minute, when Stefan Savic emerged from the ground to repel Bakayoko’s shot, Atlético already felt the fear with total clarity. When the attacker beat Jan Oblak with a comfortable, frank, incontestable header, he already verified that the Champions League, whatever the rival, demands much more than what the rojiblanco team offered this Wednesday at the Wanda Metropolitano.

The first place is impossible, like the four previous years, the English team is unattainable, the second is still in dispute, more in a hurry -or undefined- even than a year ago when it was played in Salzburg. Now he will compete for him on the last day at Do Dragao. But also in Milan. The Italian team will enter the equation if they beat Liverpool. Then the overall goal difference would decide.

Atlético needed to draw at least. He didn’t even do it. There are no middle terms or nuances or any excuse or alibi to lower everything that is at stake for the rojiblanco team, which, for quite some time, has not been up for very high challenges in the Champions League. But that is one thing and another to live on the edge every appearance in recent times in the group stage of the top European competition. In the current one, he has only won one. Of his last 19 games, he has only won six.

You can also read:  Jorge Luis Pinto is still in the running as the main candidate for Guatemala

Atlético de San Siro was alerted, of that match of the second appointment that won agonizingly against Milan against ten, of that half hour in which it was overwhelmed by the Italian team, due to a pressure that portrays the rojiblanco team in similar scenarios , when the rival demands a speed, a vision and a mobility in the exit towards the midfield that it does not have and that puts it in evidence. It also raises a question of intensity.

He suffered it again in the staging of a stressful match, which requires a speed in the execution of each pass, each dribble, which condemns each pause with the loss of the ball or with the grab, with any other situation except the progression upwards, so many with ground ahead in the first half for Atlético, who long for the best Carrasco, who grows when Lemar and Llorente are deeper or De Paul promotes the pass, who connects better when it is Griezmann who exercises that function Or that he thrashes when he finds Luis Suárez in the area. But all that happens today very little in the rojiblanco team, without clairvoyance.

You can also read:  Real Madrid without problems to beat Granada

When he did, he shook off a pressure that, at times, lowered him to an imprecise and repetitive sequence with the ball. Not only did he suffer it when he had possession, but also for the recovery when his rival ordered it, a Milan that has what he has, but that moves well and that lights up when the ball is from Brahim Díaz, undetectable at times for him Athletic.

He has personality, presence and class, beyond the revolutions that were left over in some action, in some pass that came to nothing or in the precipitation itself. He needs to better choose the moment and direction of the pass. Had they been finer in them, Atlético would have had a worse time defensively on the cold night at the Wanda Metropolitano.

There was not a single occasion worthy of such an expression until the second half, until minute 47, with a shot from Lemar. Almost the only one in the entire Atlético duel. Before, the closest thing was De Paul’s shot at two minutes and 15 seconds, invalidated for offside. Nothing more. Above all, because Savic was providential in a cut to a threatening pass from Brahim, because a center kick from Brahim seemed more than it was and because Theo connected a high volley in one of his usual offensive forays.

Not even Lemar’s option changed the face of Atlético, overtaken again by Milan, unable to gain control of the game, fearful in defense, expressionless in attack, whose only relief came from Anfield, for the goal with which the Liverpool was already beating Porto, which shed some light on the widespread blackout that Diego Simeone’s team suffered at home, against the last of the group, against an opponent who has not yet won anyone in this edition of the maximum European competition, with the only worrying feeling that if someone deserved the victory then it was the Italian bloc.

You can also read:  Mexico beats El Salvador and rules in the tie

He did not do it because Savic crossed in Bakayoko’s shot that aimed at 0-1. It was the 71st minute. Also a serious warning, unavoidable for Atlético, with Ibrahimovic already on the ground, with the shipwreck in sight, a reality in the 87th minute when Messias Júnior’s header brought him closer to the abyss of elimination. In Do Dragao the round of 16 is played. You need to win. And hope that Milan does not beat Liverpool by more goals than he does.

Incidents: match corresponding to the fifth day of group B of the Champions League played at the Wanda Metropolitano stadium before 61,019 spectators. EFE