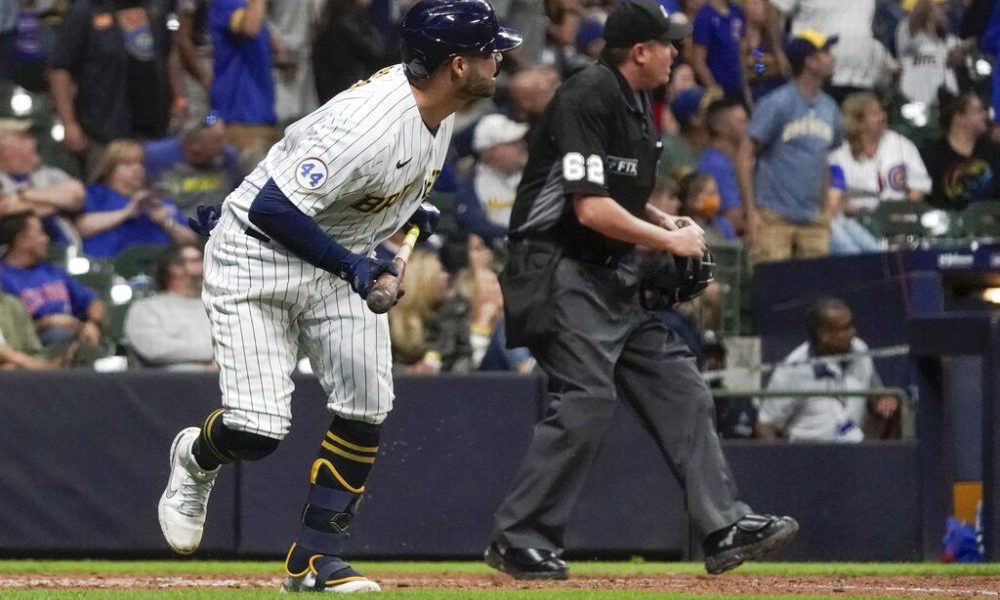 Jace Peterson added another home run to the cause of Milwaukee, who posted their seventh win in nine games to secure at least one wild-card berth, following losses to San Diego and Cincinnati on the day.

Milwaukee’s “magic number” against St. Louis for the NL Central title was reduced to three games.

“There will be a bit of celebration tonight,” said Corbin Burnes, the Brewers’ starter. “But the main celebration will come when we secure the division title.”

You can also read:  Arozarena breaks HR record for rookies

Burnes, a candidate for the NL Cy Young trophy, had a turbulent performance by his standards. He made his first start in a week when he pitched eight innings in a combined no-hitter game.

This time he allowed three runs and six hits over six innings, in which he struck out 11.

The right-hander allowed Ian Happ’s 23rd home run, with a man on board, in the fifth act.

Piña, Milwaukee’s substitute catcher, hit his first home run of the game in the second inning when he found Justin Steele’s first pitch and sent the ball into the center field bleachers. Escobar followed with a lone club that opened the third inning and broke the 1-1 tie.

You can also read:  Águilas falls to Leones while Cardenales climbs to the top of the table

“I wasn’t sure if it was fair ball or foul,” Piña said. “So I just moved my body while saying to the ball, stay there! It was a good swing, a good contact ”.

Devin Williams (8-2) resolved the eighth blank and Josh Hader stranded two runners in the ninth for his 33rd save.

For the Cubs, Venezuelans Rafael Ortega 4-1, Willson Contreras 4-1 with one run scored and two RBIs. The Dominican Sergio Alcántara 2-0.

For the Brewers, the Venezuelans Escobar 5-1 with a run scored and an RBI, Piña 3-2 with two runs scored and two produced, Omar Narvaez 1-0. The Mexican Luis Urías 3-1 with an RBI. The Dominican Pablo Reyes 4-2 with a scored. (AP)