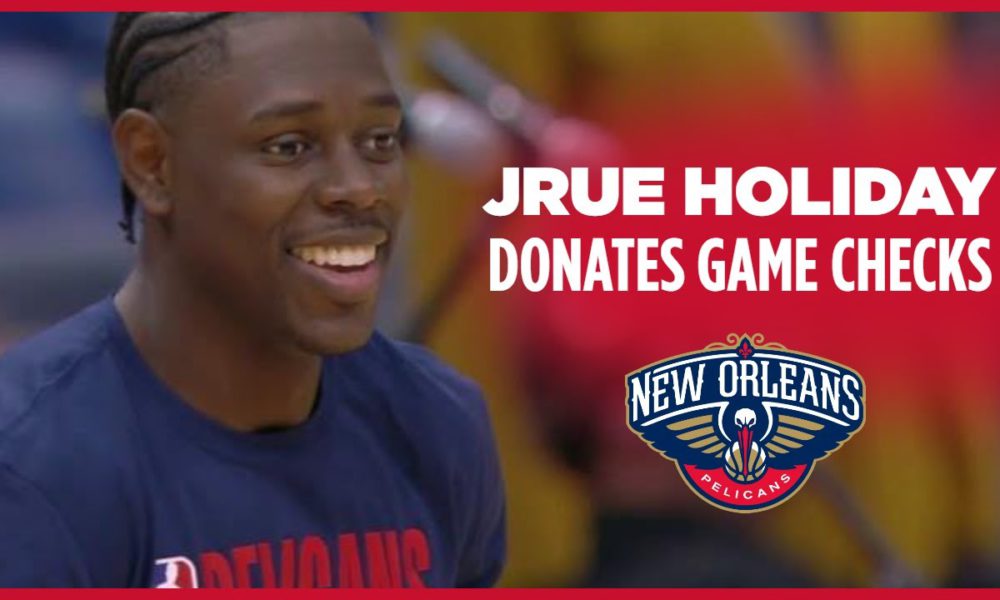 Given the disaster that Hurricane Ida caused through some states of the United States, there have been many athletes who have shown their charitable side and have given their help to the victims of this natural tragedy. The latest to join this group is the NBA champion with the Milwaukee Bucks, Jrue Holiday.
The player who also claimed the gold medal at the Tokyo 2020 Olympics with Team USA, along with his wife and several former New Orleans Pelicans players such as Langston Galloway, Jahlil Okafor and Frank Jackson, joined forces to send help. to Ida’s victims in that city.
According to a report published by ESPN, among the donations made by the players to various communities in the state of Louisiana are at least 200 generators of electricity, 200 cans of gasoline and numerous gift cards for gas stations and various stores.
“Our home”

You can also read:  Harden scores 61 points and goes to the gym; James is eliminated from playoffs

Jrue Holiday always tries to put his two cents in the topics that generate interest that is why the Milwaukee Bucks player has been very active with various donations in recent years for different causes, such as when he donated several million dollars in the middle of the furor that caused the ‘Black live matters’.
This time, the player did not miss the opportunity to help the people of New Orleans, which was his home when he was with the Pelicans for seven seasons before spending last season with the Bucks. “New Orleans will always be our home and people have always supported us in our difficult times and it is our job to do the same,” said a statement from Jrue Holiday with his wife.(Bolavip)

You can also read:  NBA does not rule out one or two week hiatus due to Covid-19