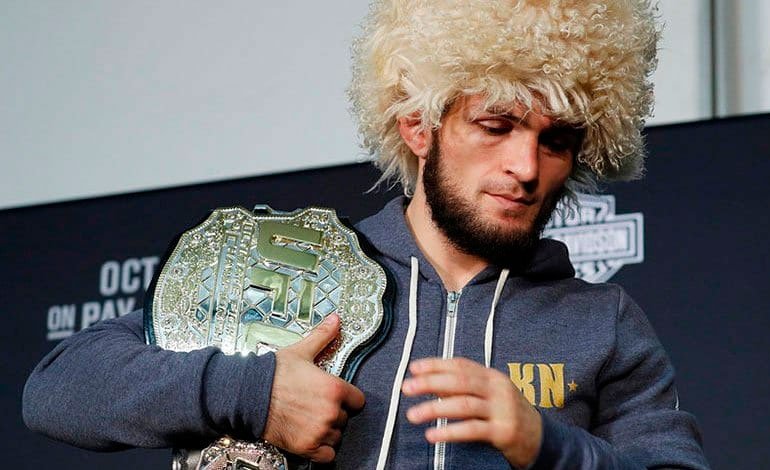 Russian MMA (Mixed Martial Arts) megastar Khabib Nurmagomedov appealed to the inhabitants of Dagestan, his region of origin, where the coronavirus epidemic is out of control, to respect the rules of confinement, when his father is hospitalized in resuscitation.

“We must today, more than ever, be united. Show our courage, our character, our discipline, “he declared in a video posted Monday night to Tuesday on his Instagram account, adding that” the situation is very difficult in Dagestan.

“Hospitals are full, many people are sick, many have died,” adds the fighter of 20 million subscribers on Instagram, who appeals to “listen to the doctors” and assures that “only confinement can solve the problem.”

You can also read:  Abigail Medina wins the European Super Bantamweight Championship against a combative Parodi

Khabib Nurmagomedov’s father and coach has been hospitalized for resuscitation in Moscow since last week, “in a very serious condition,” according to his son.

The seriousness of the situation in Dagestan erupted since last week. On Monday, the authorities of this small Russian republic admitted a “catastrophe” and acknowledged that they were facing hundreds of deaths, probably due to the coronavirus. Officially, the region only has 3,460 cases, with 29 deaths.

«I personally have more than 20 people, relatives, close people (…) who are in intensive care. Many are no longer among us, “added the fighter, who is an idol in Dagestan.

You can also read:  Román 'Chocolatito' González, chosen Athlete of the Year in Nicaragua

“A few months ago, when everything had just started, nobody in Dagestan (in the coronavirus) believed. When they said ‘Stay home’, people thought it would be taken advantage of by someone. I don’t know who can benefit. Everyone falls ill, “he adds.

Khabib Nurmagomedov appealed to celebrate, staying at home, the end of Ramadan this weekend, which Vladimir Putin also requested on Monday in a videoconference with local authorities on the situation in this republic. The Russian president promised to send additional aid to Dagestan. AFP (HN)