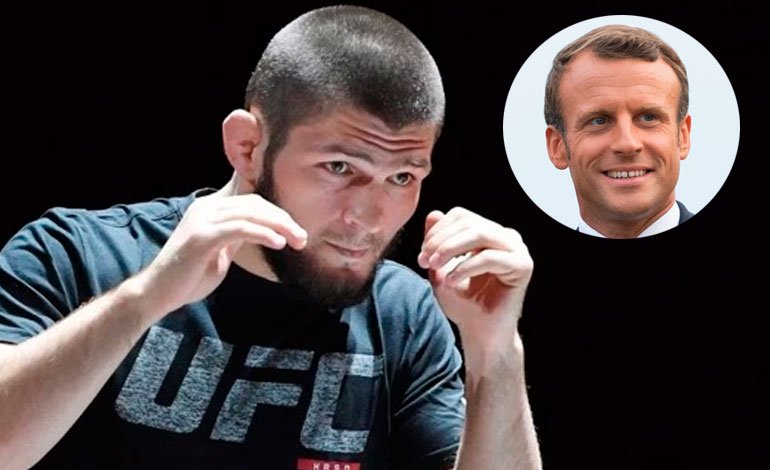 Originally from Dagestan, a republic of Russia with a Muslim majority, Khabib Nurmagomedov posted on his Instagram account, followed by 25 million people, a photograph of the French president with a footprint stamped on his face.

“May the Almighty deface this garbage and all his disciples, who in the name of freedom of expression insult the faith of more than a billion and a half Muslims,” ​​the fighter wrote in a message written in Russian and Arabic.

“Believe me, these provocations will have serious consequences for them because the pious always have the last word,” continued Khabib Nurmagomedov, 32, who announced his retirement from sports on Sunday to fulfill a promise made to his mother.

You can also read:  Colombia defeats Cuba 3-2 in first half semifinal of world boxing series Emmanuel Macron defended the cartoons of the Prophet Muhammad after the assassination in mid-October by an Islamist of a French professor, who had shown one of those cartoons during a class on freedom of expression.

Since then, demonstrations against Macron and calls for a boycott of French products have taken place in Muslim-majority countries.

This Tuesday, the leader of the Russian republic of Chechnya Ramzan Kadyrov, had harshly criticized Macron, treating him as a “terrorist” who “secretly calls on Muslims to commit crimes.”

The French satirical magazine Charlie Hebdo published these cartoons in 2006 after their publication by a Danish newspaper provoked the anger of many Muslims around the world, and was the victim in 2015 of a jihadist attack that caused 12 deaths. AFP (HN).