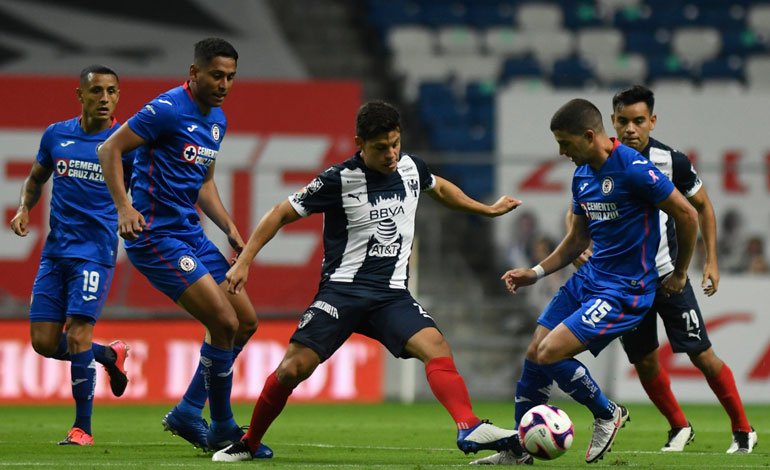 Monterrey entered the direct qualifying zone for the Mexican soccer league after beating Cruz Azul 1-0, on Saturday at the BBVA stadium in a match on the sixteenth day of the Guard1anes-2020 tournament (ex Apertura-2020).

The Argentine Rogelio Funes Mori scored the goal for the victory of the ‘Rayados’ of Monterrey in the 58th minute by deflecting a ball inside the small area with his head.

With this result, Monterrey was placed in fourth position with 29 points, the same as Cruz Azul, which is third in the table for best goal difference (8 against 7).

In the Olympic University stadium, the Pumas of the National University tied 2-2 with the ‘Chivas’ of Guadalajara.

Just at minute 6, the ‘Chivas’ took a 1-0 lead with a shot by Uriel Antuna inside the small area.

The university felines matched 1-1 at 18 with a header from Argentine Nicolás Freire after taking a corner kick from the left.

The ‘Rebaño’ regained the advantage at 38 after taking a corner from the left. Jesús Molina made it 2-1 with a header from Jesús Molina.

At 79, the Paraguayan Carlos González sentenced the final 2-2 with a header after a center from the right side.

With this tie, the Pumas reached 29 points and placed second; Guadalajara is eighth with 23 units.

At the Jalisco stadium, ‘La Franja’ from Puebla beat the ‘Foxes’ from Atlas 1-0.

You can also read:  Coronavirus leaves Cuba out of Gold Cup

George Corral scored the only goal of the game in minute 39 with a shot from outside the box.

In this way, Puebla broke a streak of four games without winning and reached 17 points with which it maintains its chances of going to the playoffs; the Atlas was left with 13 units.

The day began on Thursday with Mazatlan’s 5-0 victory over Atlético San Luis on a visit to the Alfonso Lastras stadium.

On Friday at the Victoria stadium, Necaxa beat Toluca 3-2 with a goal in stoppage time.

This Sunday, América and Tigres will meet at the Azteca stadium and the day will close on Monday at the Nou Camp stadium with the match between León and Santos. AFP (hn)

You can also read:  "You can do whatever you want in your spare time": Pirlo on Ronaldo