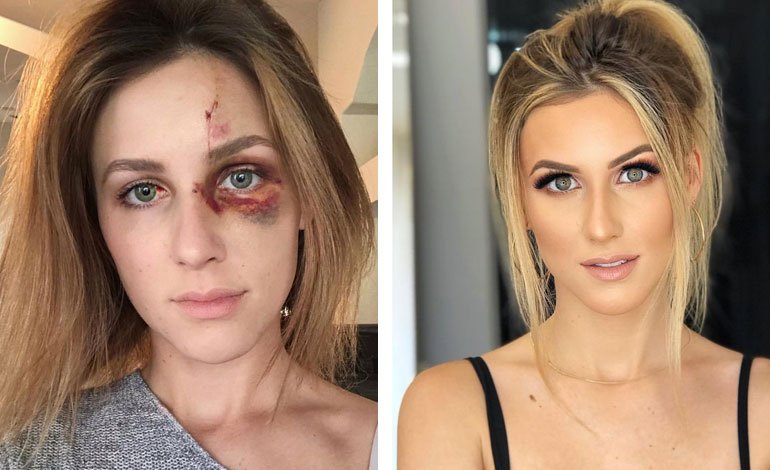 Melissa Gentz, a young cell biology student, posted on her Instagram the shocking photos of her face after a savage beating by her boyfriend a motocross champion.

The perpetrator is Erick Bretz, born in Bello Horizonte, Brazil, and is a motocross rider who is the son of a millionaire businessman.

As the attacked young woman explained, the problem arose because she published a photo on her social networks that came out with a low-cut shirt, and he asked her to delete it, ensuring that girls who have a boyfriend should not put photos that show cleavage. ” .

«I’m reposting this photo because my ex deleted it. I ask all women to have the courage to end violent relationships like mine. It all started with complaints about my photos on Instagram and then about the messages I received. One day he grabbed my hair and told me that I had to remember that I was the woman in that relationship, “he wrote in the photo in question.

You can also read:  Adrián Fernández and Emerson Fittipaldi, 'ambassadors' of the Mexican GP

Later, he began to publish images of his face after the brutal beating he received: «I like the left side of my face, unfortunately the side that most marked the violence. Today was the first day that I resolved to put mascara and blush on the right side. I will not hide the marks of my story because NO woman needs to be ashamed or feel guilty for having been violated.

According to the police report based in Florida, the young pilot threw her to the ground and strangled her for a few seconds with his legs over her neck. Subsequently, he hit her with a bottle and shook her hair hard.