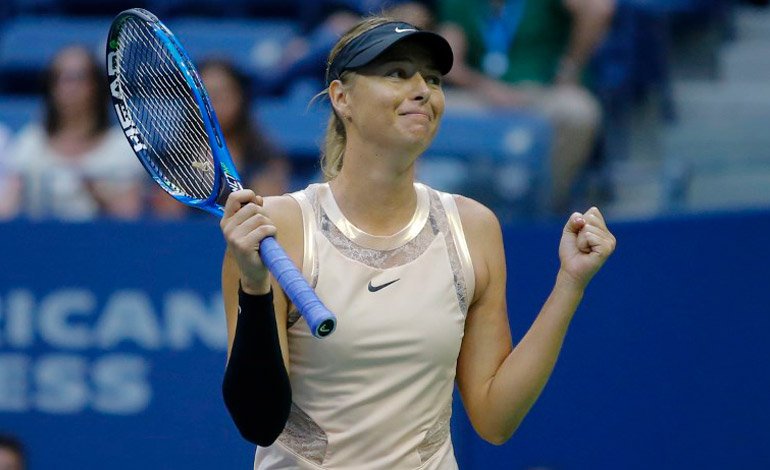 The figure of the Spanish tennis player Garbiñe Muguruza grew on the third day of the United States Open by achieving the victory that allowed her to overcome the curse of the second round, which she had not been able to pass in the four previous participations that the last one has had. Grand Slam tournament of the season.

This time if he made it to the third round with a tennis aggressive and winning, which allowed him to top the list of favorites that also achieved it together with the former world number one, the Russian Maria Sharapova, who continued with his tennis triumphant, something that could not do the Danish Caroline Wozniacki, fifth seeded who was eliminated.

23-year-old Muguruza, who in just one hour and five minutes of action on the Grandstand court, beat China’s Ying-Ying Duan 6-4 6-0 without problems, left behind the frustration of the qualifying rounds suffered in the four previous editions, in which he could not pass the second round twice and another two in the first.

You can also read:  Garbiñe Muguruza to the quarterfinals after easily beating Cirstea

Muguruza’s rival in the third round will be the Slovakian Magdalena Rybarikova, the thirty-first seed, who beat the Czech Kristyna Pliskova 7-6 (4) and 7-6 (3).

The duel between the two will be the sixth as professionals with a 3-2 advantage for the Spanish tennis player.

Before Muguruza’s victory, there had been, in the morning session, that of Sharapova, who after having surprised on the first day by eliminating the Romanian Simona Halep, second seed, also won the Hungarian Timea Babos by 6-7 (4), 6-4 and 6-1.

The former world number one, on her return after a 15-month absence from the doping competition, will face the young American Sofía Kenin in the third round, who won the duel against her compatriot Sachia Vickery.

Sharapova with a great serve and decisive blows in the rest made the difference when it came to getting the victory against Babos, which was more to less.

You can also read:  France-Croatia, the Davis Cup final

But if the triumphs of Muguruza and Sharapova were expected, the defeats of the Danish Caroline Wozniacki, the fifth seed, the Slovak Dominika Cibulkova (11) and the Croatian Mirjana Lucic-Baroni (29) became the big negative surprises.

Wozniacki couldn’t handle him tennis more consistent and confident of the Russian Ekaterina Makarova who won it 6-2, 6-7 (5) and 6-1 and said goodbye to the fourth and last Grand Slam tournament in advance.

Now the Canarian tennis player will have Makarova as her rival in the third round, in search of a place in the fourth round.

Ninth-seeded American veteran Venus Williams also aspired to reach the third round with her 7-5, 6-4 win over Frenchwoman Oceane Dodin.

You can also read:  Rafael Nadal resigns from Toronto Masters 1000 before debut due to injury

Thirteenth-seeded Czech Petra Kvitova, Latvian Sevastova (16), French Caroline Garcia (18) and German Julia Goerges (30 are also qualified for the third round of the US Open.

While fourth-seeded Ukrainian Elina Svitolina led the list of all seeded who completed the first round, postponed on Tuesday due to rain, to be classified to the second round.

The one that could not get the Russian Anastasia Pavlyuchenkova (19), who lost 3-6, 6-3 and 6-2 against the American Christina McHale.

With the elimination of Pavlyuchenkova, the number of seeds who said goodbye to the women’s competition is now 12, including four in the top 10, so all the tables have been more clear and open to the fight for the title.