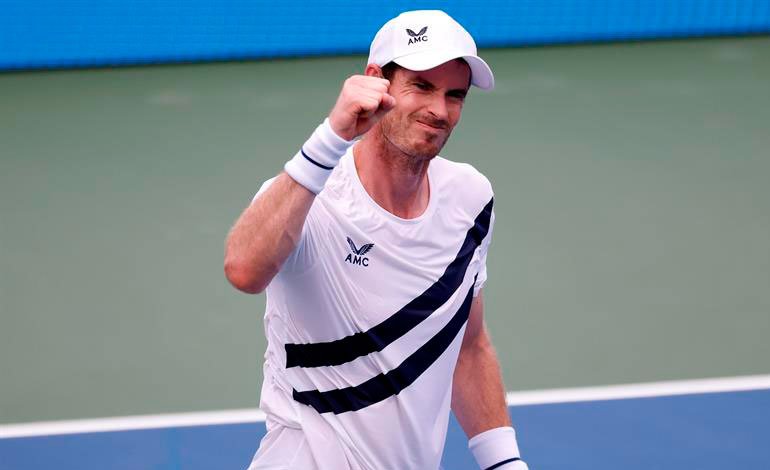 The British veteran Andy Murray and the young Canadians Feliz Auger-Aliassime and Denis Shapovalov were the main protagonists of the first day of the Cincinnati Masters, which this year is held in New York, due to the coronavirus pandemic, and the bubble in the which has become the site of the Billie Jean King National Tennis Center, Flushing Meadows.

In his first game of the year, Murray made a winning return to the ATP Tour with a hard-fought 7-6 (6), 3-6 and 6-1 victory against 22-year-old American Frances Tiafoe in what was the first duel for both in the professional circuit.

The three-time Grand Slam champion, who has been inactive all year due to recurring problems with his operated hip, confirmed that he has improved in mobility and that little by little he hopes to regain his best tennis.

The 33-year-old Murray, who won the Cincinnati Masters in 2008 and 2011, with both titles at the expense of Serbian Novak Djokovic, will face German Alexander Zverev in the second round.

While the great surprise of the day was given by the English Jamie Murray and Neal Skupski in the doubles competition after eliminating the first seeds, the Colombians Juan Sebastián Cabal and Robert Farah, whom they beat 7-6 (5) and 7-6 (3).

You can also read:  Sharapova: "It's special to be back"

The #NextGenATP Auger-Aliassime, meanwhile, won 6-4 and 6-1 against the Georgian Nikoloz Basilashvili and made it to the second round, but without receiving the applause of the fans for the victory achieved, the Stranger element tennis players have to deal with when they arrive at the Flushing Meadows facility.

“It was strange … not being able to fulfill the ritual of throwing a ball to the fans when the game ended,” said Auger Aliassime, who became the first to make it to the second round after having played the first-round match.

Shapovalov imposed the power of his serve and beat Croatian Marin Cilic, 2016 tournament champion, with ease 6-3 and 6-3 after 79 minutes of play in which the young Canadian tennis player only faced a break , while he placed nine ‘aces’ and won 60 percent of the points with the second serve compared to 29 from his rival.

You can also read:  Simona Halep and Serena Williams will fight for the title

Cilic, No. 37 in the world, has also been successful at the USTA’s Billie Jean King National Tennis Center, where in 2014 he won the US Open title, but this time he could do nothing against the Canadian player’s best game, who will have as his next rival the German Jan-Lennard Struff, who beat the Australian Alex De Minaur 6-2, 6-4.

Shapovalov, before the ATP Tour was suspended due to COVID-19, played his last match against Marin Cilic at the Open 13 Provence in Marseille.

Multiple shirt changes and three hours of work did not stop Anderson from claiming the 7-6 (3), 4-6, 6-3 victory over England’s Kyle Edmund, giving him a chance to face the Greek Stefanos Tsitsipas.

The victory was Anderson’s first in an ATP Maters 100 since March 2019.

The former world number five, who is playing the tournament for the tenth time, won in an empty stadium after nearly three hours of work.

Despite all of the South African’s injury problems over the past four years, including right knee surgeries in September 2019 and February 2020, Anderson has never given up and, at the age of 34, is on his way to I return one more time.

The day also saw the triumphs of the Lithuanian Ricardas Berankis, who entered the main draw through the qualifying phase, and beat the American Tommy Paul 6-7 (4), 6-4 and 7-5, and his next rival will be the great favorite to the title, Djokovic.

The Croatian Borna Coric went to the second round after the withdrawal of the French Benoit Paire after the match was in his favor 6-0 and 1-0, while the Spanish Pablo Carreño Busta won 7-5 and 6-1 at Serbian Dusan Lajovic.

The Canadian Milos Raonic beat (6-4 and 6-4) the American Sam Querrey and the Serbian Filip Krajinovic the Italian Salvatore Caruso by 7-5 and 6-4 and will be the rival of the Austrian Dominic Thiem, second seed. EFE (HN)