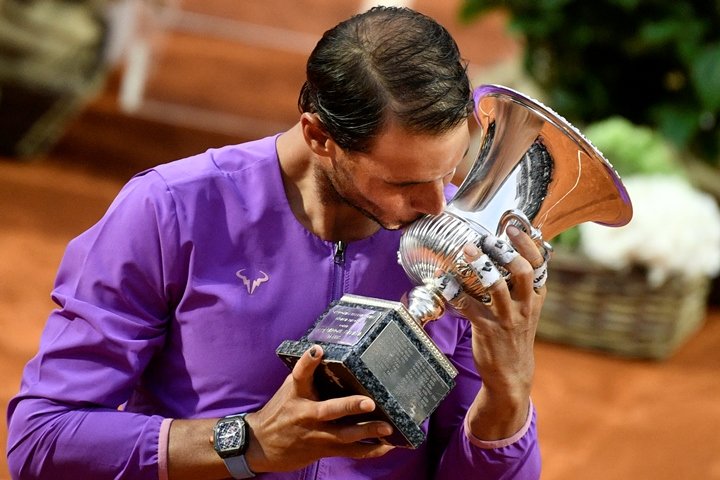 Spanish tennis player Rafael Nadal (world number 3) achieved his tenth title at the Masters 1000 in Rome by beating Serbian Novak Djokovic (N.1) in the final this Sunday, 7-5, 1-6 and 6-3 .

In the 57th match between the two tennis players, the sixth in the final of the Roman tournament, the Mallorcan ended up winning to add 36 titles in Masters 1000 tournaments (the second category after the Grand Slam), equaling the record… of Djokovic.

There were almost three hours of hard battle between two of the great stars of the men’s tennis circuit (2h49), in which after a very close first set, which fell from the Spanish side, Nadal suffered a slump in his performance that Djokovic took advantage of to force the third set.

But when the situation looked worse for Nadal, with 2-2 and a break ball for the Serbian, the Spaniard recovered his best level to not only maintain his serve but to break the next Serbian and end up placing 5-2, obtaining an advantage that he knew how to manage until the end.