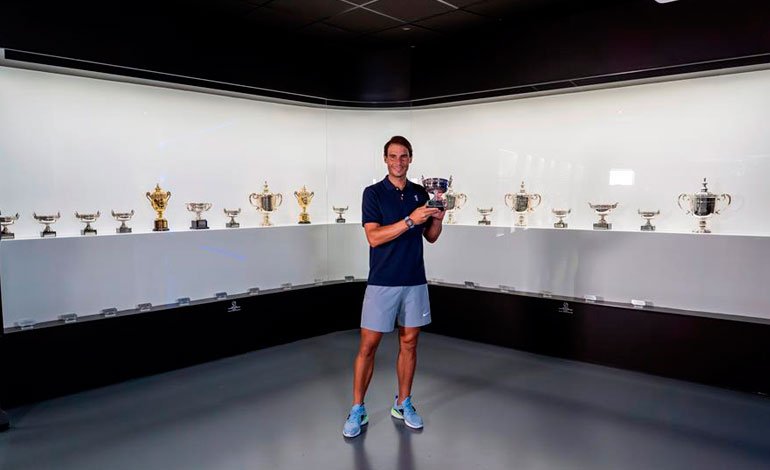 Rafael Nadal has deposited the thirteenth trophy won in Paris, the twenty-third Grand Slam of his sporting career, in his museum in Manacor, “for all of you who want to come and see it,” according to the Spanish tennis player in a statement released this Wednesday by the Rafa Nadal Museum.

“Hello everyone, I’m already here in Mallorca, in Manacor and obviously very happy and satisfied with what has been achieved,” says Nadal, who has been resting since Monday on his home island after adding a new title at Roland Garros and drawing with the Swiss Roger Federer in the number (20) of the most important tournaments in world tennis.

You can also read:  Muguruza reacts and defeats the American Rogers at its premiere

And he adds: “It is no less true that it is a bittersweet sensation because we have been very complicated for many months in different senses and the main one is the health issue. The second is the economic plan that makes so many families have a hard time. We hope that all this will improve, we hope that they will get the vaccine as soon as possible and that we can all go back to living in a more pleasant and happier world ”.

The Mallorcan tennis player is also grateful for “all the messages of support received in recent weeks.”

“For me, although we have been a little further away than usual since we have not been able to have direct contact, the fact of receiving so many messages of support through social networks or directly to my mobile phone has helped me, without any doubt. Thank you all very much for your support ”, he says.

You can also read:  Rafa Nadal and Feliciano López go to the round of 16

Finally, the southpaw from Manacor recalls that everyone who visits the museum is helping “in a very important way so that the Foundation and its projects can become more and more important and that we can help more people who really need it.”

The Rafa Nadal Museum Xperience collects the highlights of his sports career from when he started playing tennis when he was just a child until today.

The tour is made through his trophies, but also through the shirts and shoes with which Rafa won each of the Grand Slam finals that he has played throughout his career.

Also in its facilities are exhibited memories and objects donated by some of the main figures in the history of world sport such as Michael Jordan, Fernando Alonso, Pau Gasol, Roger Federer, Mireia Belmonte, Usain Bolt, Serena Williams, Cristiano Ronaldo, among others.

You can also read:  Errani to the final in Bucharest

At the initiative of Nadal himself, all residents of the Balearic Islands will be able to access the museum with a 50 percent discount. EFE (HN).