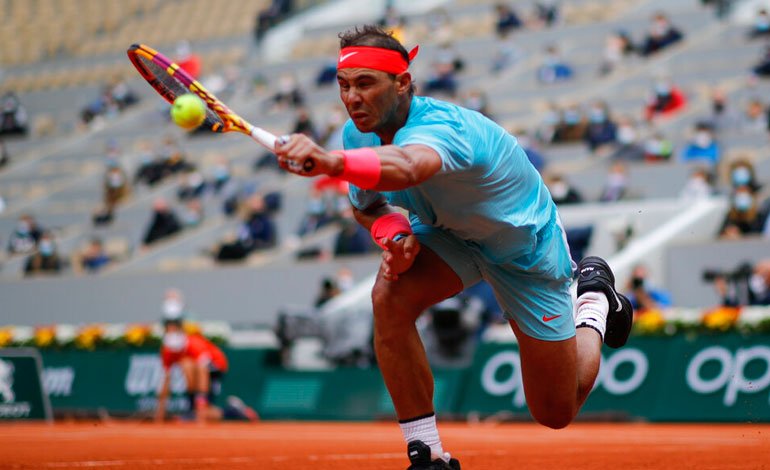 Rafael Nadal (2nd ATP) defeated American Mackenzie McDonald (236th) 6-1, 6-0, 6-3 on the fast track in the second round of Roland Garros, and is already one step closer to winning his 13th title at the Parisian Grand Slam.

“It is always special to play in Paris, and in the Philippe-Chatrier,” acknowledged the Mallorcan as soon as he finished the game that marked his 95th victory on the clay of Paris.

With 31 winning strokes and without suffering a single ‘break’ Nadal did not expend excessive energy before his next match, against the winner of the duel between the Japanese Kei Nishikori (35th) and the Italian Stefano Travaglia (74th).

You can also read:  Djokovic wins and Zverev loses at the start of the Zadar charity tournament

Nadal seems determined that his game at this autumn edition of Roland Garros belies his pre-tournament words, with which he questioned his performance in an edition with different weather conditions and new balls.

“Yes it is true that today it was not so cold, it is not that it is the liveliest ball in the world, but you do not feel a stone on your racket, the problem is when it is cold,” Nadal said at a press conference.

“With this temperature it is not ideal, but I would sign it with these conditions, they are not extreme like other days, they are acceptable for everyone,” he added, more optimistic.

You can also read:  Federer doubts about the dirt season in 2020 and at the moment low in Montreal

Nadal only gave up four games this Wednesday, with only 15 direct fouls, scoring seven of the eight break balls available to him. All this in 1 hour and 40 minutes.

At the resumption of the ATP circuit in mid-August after five months of forced interruption due to the covid-19 pandemic, ‘Rafa’ preferred to give up the Cincinnati-US Open US tour, both concentrated in New York.

His return to the courts to play an official match was thus two weeks ago in Rome, where Argentine Diego Schwartzman cut his way in the quarterfinals, so that Nadal could only prepare for his fetish tournament with just three games.

You can also read:  Naomi Osaka says goodbye to Wimbledon at the first exchange

“I have won two matches in three sets (so far at Roland Garros). When you win with results like today’s, it’s not wrong, it means that you don’t make many mistakes and you manage to make a difference. This is a positive thing, I know that in the next round they will demand more of me and I need to be prepared for it, “said Nadal.

Should he win Roland Garros once again, Nadal would equal the record of 20 Grand Slam crowns held by the Swiss Roger Federer. AFP (HN).