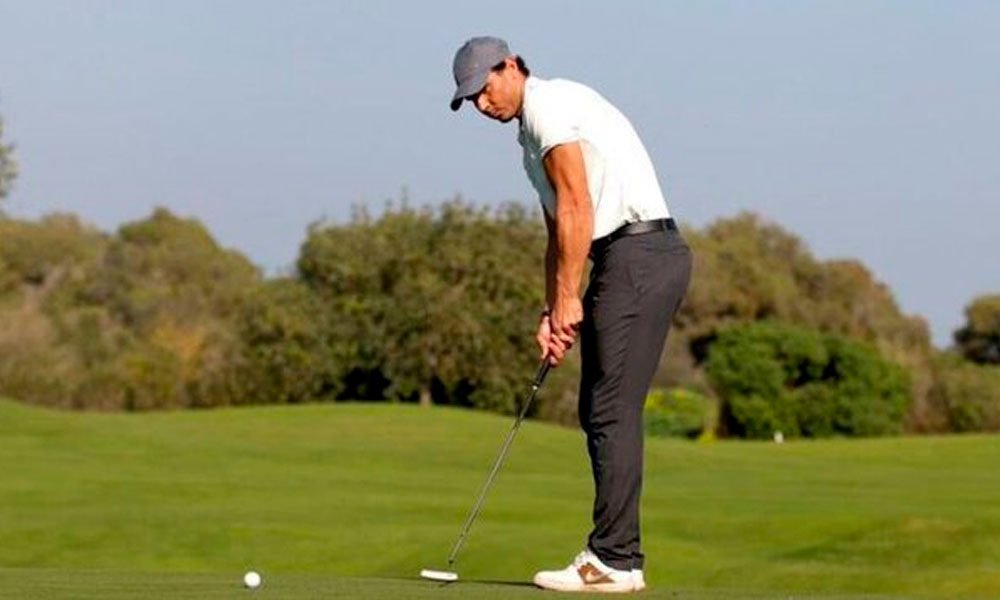 Rafa Nadal, who plans to return to the tennis courts at the end of December in an exhibition tournament in Abu Dhabi, has participated in the final of the FBG Hexagonal Circuit representing his Manacor academy at the T Golf Country Club in Calviá (Majorca).

Nadal has been one of the team members together with his uncle and former FC Barcelona player Miquel Ángel Nadal, Antonio de Luca and Peter Mason, who have qualified in fifth position.

The 2021 Hexagonal Circuit has hosted a total of 80 teams, more than 500 registered players, including some professionals.

The Spanish tennis player, a great golf fan and who has a handicap similar to that of a professional, was absent from the international tennis circuit last August after participating in the Washington tournament.

You can also read:  Amanda Anisimova, new champion of the Bogotá Open

Since then, he has overcome various stages in recovering from a sore left foot that prevented him from competing at Wimbledon, the Tokyo Olympics and the US Open.

Nadal, the sixth tennis player in the world and winner of twenty Grand Slams titles together with the Swiss Roger Federer and the Serbian Novak Djokovic, has recently announced that he will reappear on the courts of Abu Dhabi.

From January 17 to 30, 2002, the Mallorcan tennis player plans to compete in a previous tournament in Australia before facing the Open in that country. EFE