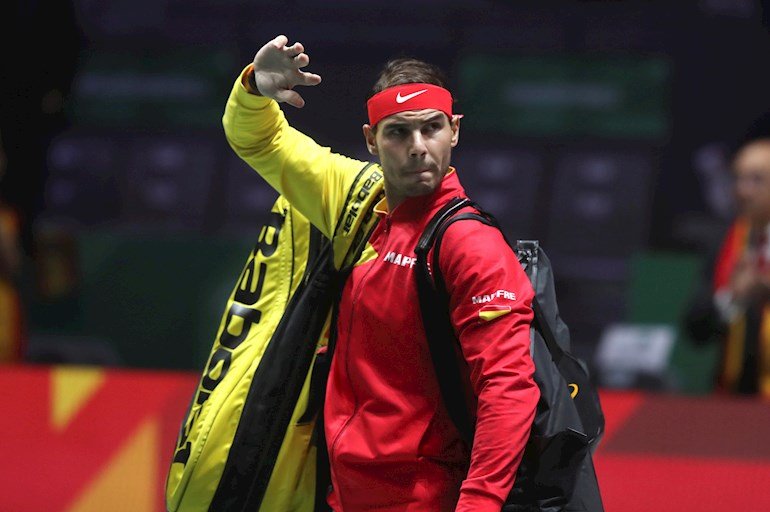 Rafael Nadal will not defend his scepter at the United States Tennis Open by stating that he prefers not to travel amid the coronavirus pandemic.

Nadal’s decision puts a pause in his efforts to equal Roger Federer’s record for the most men’s singles titles at Grand Slam appointments.

The Spanish star detailed his determination on his social media on Tuesday.

“The health situation remains very complicated around the world with COVID-19 cases and outbreaks that seem out of control,” the 33-year-old wrote.

The US Open is due to start on August 31 in New York, just as professional tennis tours have begun to resume activity after a four-month hiatus.

Hours before Nadal’s announcement, the Madrid Open had confirmed its cancellation due to a rebound in coronavirus cases in Spain. The clay surface competition in the Spanish capital was scheduled immediately after the US Open.

“We know that this year’s calendar after 4 months without playing is outrageous, although I understand and appreciate the efforts that all parties are making to have tournaments played,” said Nadal.

You can also read:  Federer lifts 2 match balls to Berdych and goes to the semifinals in Miami

The American Tennis Association (USTA) released the entry lists on Tuesday, and Nadal’s absence was nowhere mentioned. The list included Canadian Bianca Andreescu, the reigning women’s champion. Australian Ash Barty, current number one in the WTA ranking, had already confirmed her absence from the US Open. Players can be deleted just before debuting.

The tours stopped in mid-March. Activity resumed this week in Palermo, Italy, with a WTA tournament. The men are due to have their first tournament later this month.

Federer will also not attend the US Open, as the Swiss star is recovering from two surgeries on his right knee he underwent after the Australian Open this year.

You can also read:  Federer will not play at Roland Garros due to his physical problems

One would have to go back to the 1999 US Open to find the last Grand Slam without the presence of Federer or Nadal, four years before Nadal’s debut in one of the four great events.

The organizers of the US Open maintain their intention to mount the tournament, despite an increase in cases in the United States. In a statement released last week, they noted that “New York State remains one of the safest places in the country from the COVID-19 virus.”

The latest data from the New York authorities confirm the situation, although the region was one of the main epicenters at the beginning of the pandemic. The indoor facilities of the Billie Jean King National Tennis Center complex were used as a temporary hospital during the worst of the health crisis.

New York hospitals had more than 18,000 with COVID-19 in mid-April, reporting more than 750 a day. Those numbers, including new cases, fell in May and have been stable since June.

But the fear of traveling persists, something Nadal highlighted in his ad.

“This is a decision that I would not want to make but in this case I follow my heart to decide that for now I prefer not to travel,” said Nadal.

The USTA prepares a double round of tournaments in Flushing Meadows. The Cincinnati tournament was moved to New York by the pandemic and will be played between August 20 and 28. Then it will be the turn of the US Open and, two weeks after its end on September 13, the French Open will raise its curtain in Paris, after having postponed its traditional date of late May. AP (HN)