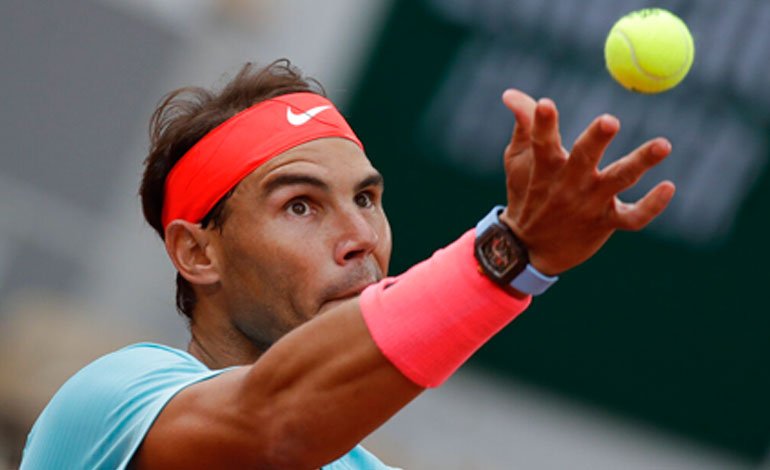 Three weeks after winning his thirteenth Roland Garros, the Spanish Rafael Nadal returns to the French capital, this time to play the Masters 1000 in Paris, where he will seek to add the 1,000th victory of his career and his second indoor tournament.

“Not long ago I left Paris and I’m back a few weeks later,” wrote the Spanish tennis player on his social networks last Thursday, upon arrival at Orly airport.

But this time, Nadal does not travel to Paris to play in his complex talisman, that of Roland Garros, which he has conquered 13 times, and on clay, his favorite surface, but on the other side of the capital, in the multipurpose Pavilion of Bercy, where the current ATP number 2 has never been imposed on the hard surface.

Nothing strange either since, at 34 years old, Nadal has only won one tournament in hard and indoor … and it was 15 years ago in Madrid!

You can also read:  Del Potro defeats Dimitrov and reaches the final

It must be remembered that at the time of this type of tournament, towards the end of the season, Nadal tends to accumulate a lot of fatigue and his battered knees are subjected to an extra effort.

“I’m not worried,” Nadal declared this Sunday when asked about his past with injuries. “I am here to play my best and not to think about injuries, fortunately.”

“It is true that this year the circumstances are different, but you always need to be aware of the situation and be prepared to accept any inconvenience,” added Nadal.

Bercy is one of the three Masters 1000 that resist the Spanish, along with Miami (hard surface, outdoors) and Shanghai (hard, ‘indoor’).

– Without Djokovic or Thiem –

After participating for the first time in 2007, Nadal will play at Bercy for the eighth time in his career. On nine occasions he did not participate or was low during the tournament, as in 2019, when he could not play his semifinal against the young Canadian Denis Shapovalov.

You can also read:  Zverev beats Djokovic in Rome and makes history with his first Masters 1,000

But in this season disrupted by the new coronavirus pandemic, Nadal arrives with only 10 games since he returned to the ATP circuit, in mid-September after the suspension due to confinement: three in Rome and seven at Roland Garros.

Exempt in the first round, Nadal will start his way against Serbian Filip Kranjinovic (N.30) or his compatriot Feliciano López (N.64), in a match in which he could achieve his 1,000th victory since he made his professional debut in 2001 (for 201 defeats).

On the horizon, the German Alexander Zverev (N.7) or the Russian Andrey Rublev (N.8), who won his fifth title of the season this Sunday in Vienna, could be his rivals in the semifinals, with the Greek Stefanos Tsitsipas ( N.5) in a hypothetical ending.

You can also read:  Rafael Nadal and Djokovic would meet in the semifinals in Madrid

In Paris, Nadal will not have as rivals neither the Serbian Novak Djokovic (number one in the ATP), who preferred Vienna to prepare for the Masters, nor the Austrian Dominic Thiem (N.3), with foot discomfort, nor the Swiss Roger Federer, absent for the remainder of 2020 after undergoing surgery on his right knee.

In addition to the presence of Nadal, the other point of interest in Bercy will be the attribution of the last ticket to the Masters, the tournament that will bring together the eight best tennis players of the year from November 15 to 22 in London, and in which he will be present the Spanish “if nothing happens,” confirmed this Sunday.

After sealing his classification Rublev with his triumph in Vienna this Sunday, it only remains to meet the last of the participants, with Argentine Diego Schwartzman (N.9) as the best placed to achieve it. AFP (HN)