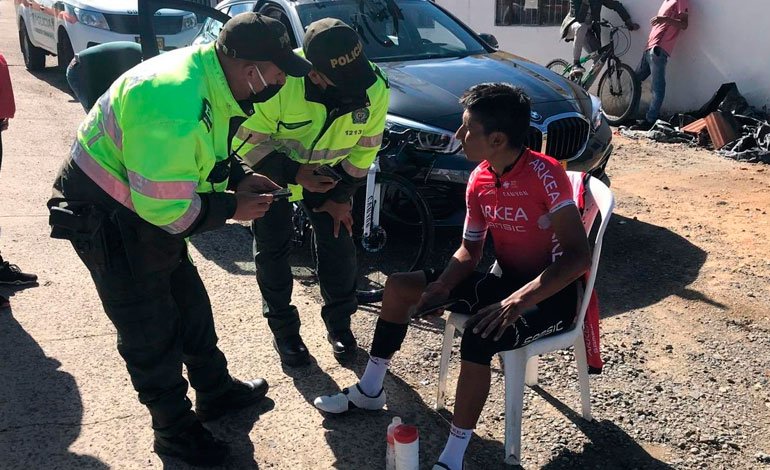 The cyclist Nairo Quintana, from Arkea-Samsic, was hit by a car on a highway in central Colombia, while training to prepare for the Tour de France.

The Colombian “beetle”, champion of the 2014 Giro d’Italia and the 2015 Vuelta a España, crashed when “a driver performs an improper maneuver and collides,” the mayor of the municipality of Motavita (center), where the incident occurred, said on Twitter .

The local president Mery Mozo, who arrived minutes later at the scene of the accident, assured Blu Radio that Quintana was “out of danger” although he complained of “pain in one knee” and had “scratches on his elbow.”

You can also read:  Schumacher's son will follow his father's footsteps

According to the mayor, the car tried to escape, but Quintana’s escort prevented its escape.

The cyclist was taken to his home in Boyacá, where he will receive medical attention, he added.

The 30-year-old award-winning rider, who got off to a hopeful start to the season with his debut with Frenchman Arkea-Samsic, won the final stage of Paris-Nice, in which German Maximilian Schachmann (Bora) claimed the title.

Three times on the podium in the ‘Grande Boucle’, Quintana is preparing to win the yellow jersey of the Tour de France for the first time, the realization of which is threatened by the pandemic. AFP (HN)