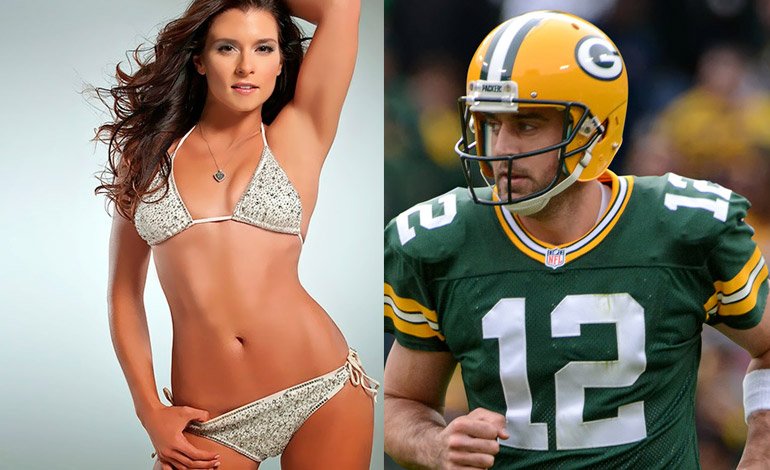 American Nascar and IndyCar driver Danica Patrick officially confirmed her romantic relationship with Green Bay Packers quarterback Aaron Rodgers today.
Despite the fact that Patrick, 35, has declared himself a fervent supporter of the Chicago Bears in the past, the Packers’ main rival within the North Division of the National Football League (NFL), it has not been an impediment for her feelings as a woman to be now placed on Rodgers.
The relationship between the two comes after they broke up with their respective partners last year.
In the case of Rodgers, 34, he ended his relationship with actress Olivia Munn after three years together.
Patrick also ended her five-year relationship with fellow Nascar driver Ricky Stenhouse Jr., who is five years younger than her.
News reports placed Patrick and Rodgers together since the beginning of the year, just before the former began promoting his new training and health book and after progressively moving away from active sports competition.
According to these publications, Patrick and Rodgers met for the first time at the ESPYS awards in 2012 and then she told him that she would be her fan as a player, but she would not trade the Bears for the Packers, something that she is now also willing to assume for fault of love.
Patrick did not have his best season on the slopes, without achieving anything important, and has begun to transition from driver to promoting his own personal brand.
The most promising female racer in American motorsport history had already announced that she would like to end her racing career by competing in the Daytona 500 next February and then the Indianapolis 500 in May.
It would be the two most important races of the American automobile season, framed in a farewell tour of Rodgers’ new girlfriend. EFE
You can also read:  Al-Attiyah confirms his leadership status and adds a new triumph