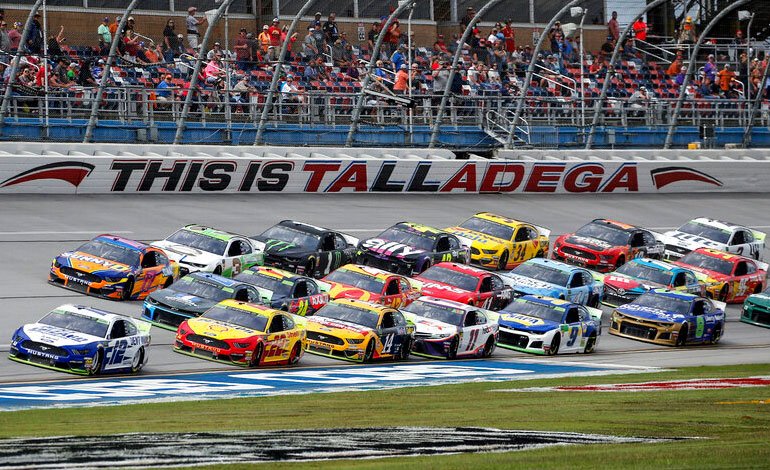 The Texas Motor Speedway is slated to open its stands next month for thousands of fans to attend a rescheduled NASCAR premier class race.

Governor Greg Abbot approved Friday the plan presented by the track to allow the attendance of spectators to the competition on July 19, corresponding to the Cup Series. The governor had previously said that outdoor sports competitions could be held using 50% of the space available to the venues.

Track president Eddie Gossage said it was too early to tell how many fans could attend the race at the 1.5-mile (2.41-kilometer) track that has capacity for about 135,000 people, including suites and bleachers. stretching two-thirds of a mile (one kilometer) from end to end.

You can also read:  "I've been waiting for this car for a year and a half," says Alonso when presenting the new Alpine

“We don’t know, because that depends,” Gossage said.

The racetrack, which must abide by current social distancing protocols, first has to reassign places from those who bought tickets for the March 29 race before NASCAR suspended its season due to the coronavirus.

Gossage described this process as putting together a puzzle. There are between 25,000 and 30,000 tickets for the race, although fans can still request a refund or credit for future competitions.

“If everyone responds and wants to sit two by two, it will take a lot more empty seats between them. If they are groups of four, six and eight, and things like that, the density will be a little higher ”, he pointed out.

You can also read:  Alonso won the German F1 GP

“So I don’t know how many there will be. And we don’t focus on any number. We just want everyone to be seated properly, with social distancing, so they are safe and have fun. “

IndyCar kicked off its postponed season in Texas two weeks ago without fans in what would otherwise be the halfway point of a 17-race season of open-wheel racing cars (tires extended to the outside).

Spectators will not be allowed at NASCAR Xfinity (Category 2) and Truck Series races in Texas on the day prior to the Cup race.

NASCAR plans to allow 30,000 people to attend Bristol for the All-Star Race that will take place four days before the Cup Series race in Texas.

You can also read:  Alonso: "I have very good memories of my three victories in Bahrain"

Due to a recent spike in COVID-19 cases in North Carolina, the race was moved from its venue, the Charlotte Motor Speedway track.

About 1,000 fans, mainly military personnel, were allowed to witness last week’s Cup race at the Homestead-Miami Speedway. An estimated 5,000 fans are expected Sunday at the Talladega Superspeedway in Alabama. Ap (HN)