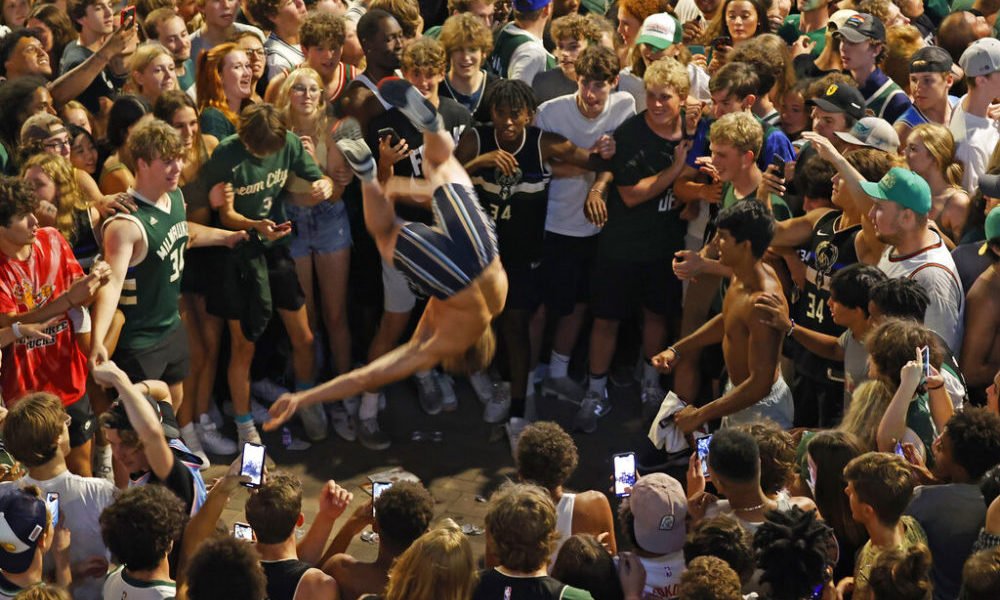 The shooting occurred at approximately 12:42 p.m. at two sites near Water Street, police said in a statement. Local television channel WISN indicated that a reporter was reporting from the scene live when the shots rang out, causing several people to flee.

The police reported that the injured were not in serious condition. One person was arrested for each shooting, and authorities were looking for other suspects.

One of the clashes occurred on a bank of the Milwaukee River. In the other is the Fisery Forum, where the game was held.

You can also read:  Sergio Llull: I face 2018 wanting to come back stronger

The other shooting occurred in the Deer District plaza, where a crowd of about 65,000 gathered to watch the game on a giant screen.

The area where the shootings occurred is an extremely busy street, where bars and restaurants abound.

During Tuesday night’s game, a police officer was trampled on by a crowd trying to enter the Deer District, which was already full, Capt. Jesus Ortiz said in an email. The officer was not seriously injured, the Milwaukee police captain added.

Three people were injured in the two shootings – a 22-year-old man, a 32-year-old man and a 19-year-old teenager. Police said they had arrested two men, ages 18 and 25, from Milwaukee.

You can also read:  Thompson and McGee give another winning Warriors display

The authorities were also looking for other suspects.

The two shootings, which occurred in the area of ​​the celebrations, were perhaps the source of the detonations that were heard on television coverage, Ortiz said.

The celebrations came after Giannis Antetokounmpo delivered one of the best NBA Finals ever. The Greek star scored 50 points and Milwaukee beat the Phoenix Suns 105-98 to take the series 4-2.

The fans who filled the streets surrounding the arena had partied and danced the night away as they watched the game on the giant screens.

Exhilaration erupted when the match ended. Some fans climbed the lampposts in the plaza. Others jumped from a bridge into the nearby river, while the pyrotechnics exploded. (AP)

You can also read:  Cavaliers secure playoffs; Trail Blazers, Mavericks and Pistons are looking for them