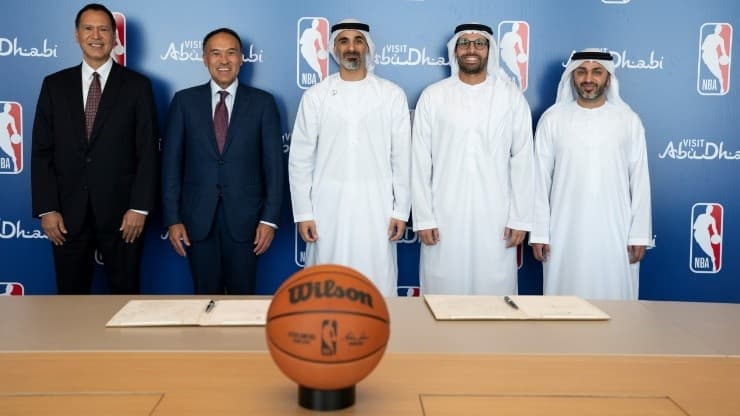 Although this process had to be stopped due to the Coronavirus pandemic, it is expected that by 2022, the National Basketball Association (NBA) will resume that tradition of playing regular season or preseason games in Europe and countries like Mexico.

Well, next year history will be made for the competition, since for the first time in its 75 years of life, matches will be played in the United Arab Emirates and the Persian Gulf, since in the Middle East six exhibition matches were held in Tel Aviv, against professional teams from Israel.

The formalization of the agreement was carried out by the NBA Deputy Commissioner, Mark Tatum, who signed a multi-year commercial agreement with the Abu Dhabi Department of Culture and Tourism, which will start in October 2022 with the dispute of two games of Preseason.

You can also read:  Basketball Hall of Fame to announce Class of 2020

NBA will have preseason duels in United Arab Emirates

“Through this partnership, we will bring the authentic NBA experience to fans of the United Arab Emirates and support the development of basketball in the region by providing more opportunities for young boys and girls to learn and play,” said the executive. of the league.

Remaining to be confirmed who will be the NBA teams that will travel to the United Arab Emirates and the stage where these two games will be held, the competition announced that there will also be interactive events with fans, in addition to the launch of the Jr. NBA leagues for boys and girls in schools and an NBA 2K League exhibition event. (Bolavip)

Next chapter – Abu Dhabi 🔜
All the information https://t.co/HjHp8oNqA8