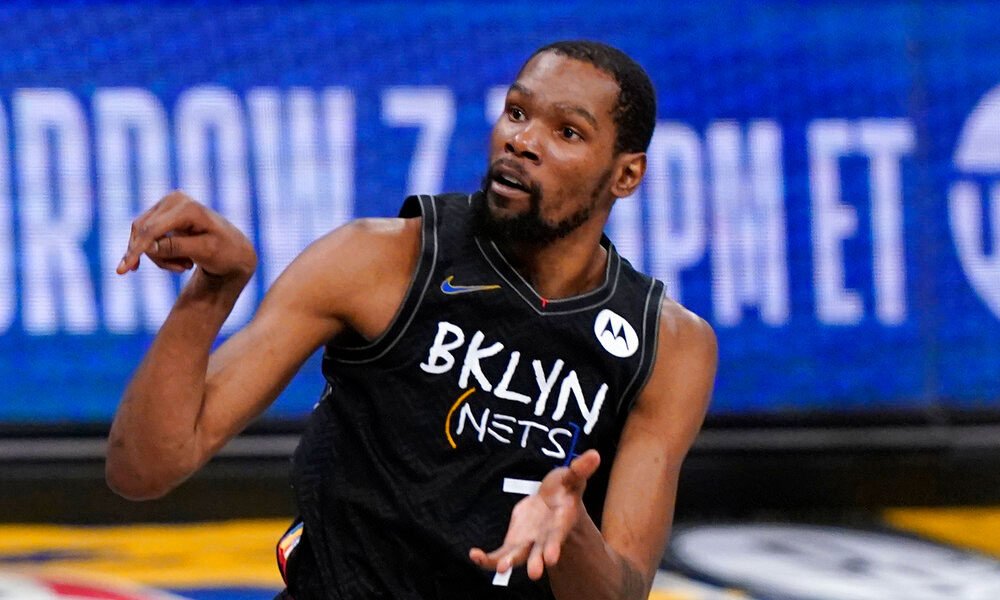 With the new contract, Durant rejected the option he had in his deal with the Nets for the 2022-23 season. His new agreement is until the 2025-2026 season.

The eleven-time NBA All-Star is at the Tokyo Olympics, leading the United States’ national team to the gold medal game against France.

The 33-year-old forward won two NBA titles with the Golden State Warriors in 2017 and 2018. Durant left Golden State after the 2018-2019 season and was out of the entire 2019-2020 season with a hamstring injury. Achilles who suffered in the 2019 NBA Finals against the Toronto Raptors.

He eventually joined the Nets and played alongside fellow All-Stars James Harden and Kyrie Irving last season, leading Brooklyn to the Eastern Conference semifinals against the Milwaukee Bucks. The Nets lost the best-of-seven series 4-3 despite Durant scoring 48 points in the seventh game.

Although he missed parts of the regular season with a series of injuries, Durant averaged 26.9 points and 7.1 rebounds in 35 games.

The extension, for which he is eligible after Saturday, is expected to exceed $ 500 million in earnings from his NBA career.

On the other hand, also on NBA contracts, Kawhi Leonard is expected to re-sign with the Los Angeles Clippers, although the details are still being finalized, reported Yahoo Sports.

Leonard initially turned down his $ 36 million player option for next season, but was expected to try to negotiate a new deal to stay with the Clippers.