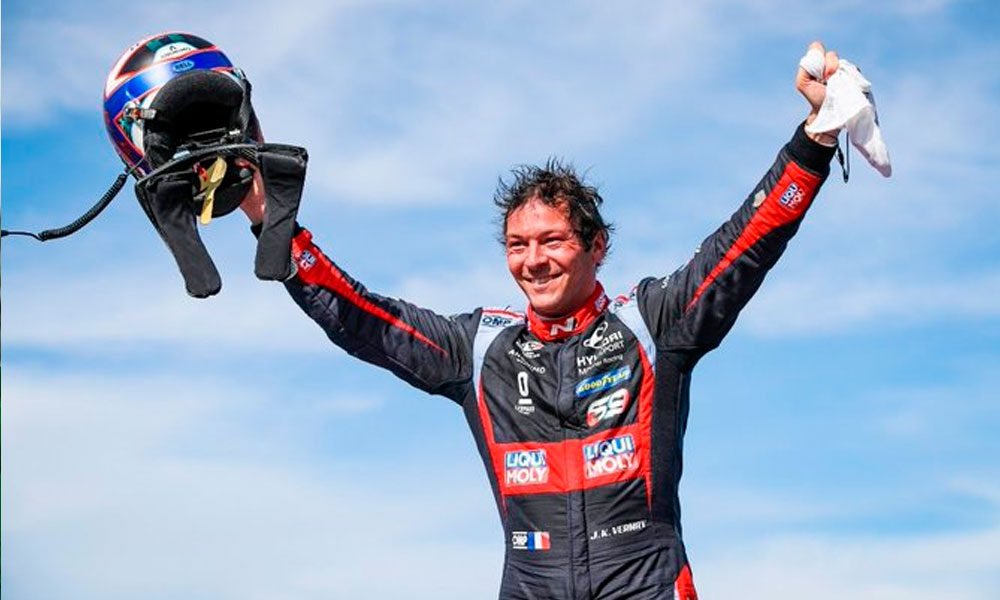 The Belgian Thierry Neuville (Hyundai) won the Rally Spain in Catalonia, ahead of the Welshman Elfyn Evans (Toyota), the Spanish Dani Sordo (Hyundai) and the Frenchman Sébastien Ogier (Toyota), who is still leader of the World Championship, before the last career in Italy.

Ogier, already a seven-time world champion, saw his difference reduced by seven points this weekend, but is still 17 units ahead of second in the standings, Evans, before the twelfth and final race at Monza (19- November 21).

Neuville consolidates his third place in the World Cup, but he no longer had a chance to qualify for the title.

The Belgian, five times runner-up in the world, never winning the title, won his fifteenth World Championship rally on Catalan asphalt. Unstoppable on Friday and Saturday, Neuville devoted himself this Sunday to managing his lead, although he had a scare due to a mechanical problem just before the last special stage.

You can also read:  'Cristiano would be Hamilton and Messi, Vettel': Cristina Gullón

In an amateur video, broadcast by the WRC World Championship site, he was seen pushing his car to start it, while flames shot out of the back of his Hyundai.

“Unfortunately, I had a lot of stress before the last stage, once again. I’m very disappointed in that sense, as overall the weekend has been perfect and enjoyable, ”said Neuville, relieved, after hugging his father and taking the podium.

– Deaf domain on Sunday –
This third day was dominated by Dani Sordo, who posted the best tempo in the four special stages on Sunday. As a result, the Spaniard overtook Ogier in the rally standings to claim his 50th podium in 176 WRC World Rally appearances since his debut, also in Catalonia, in 2003.

You can also read:  Adrián Fernández and Emerson Fittipaldi, 'ambassadors' of the Mexican GP

With a 24-point lead on the Friday before the start of Rally Spain, Ogier (204 points) is now just 17 ahead of Evans (187). But the Frenchman remains the big favorite to take the title, for the eighth time, in November in Italy.

“It is clear that before arriving here I expected something better. But despite this difficult weekend we have done what was needed in the fight for the title, “explained the Frenchman.

Evans finished the race with a bittersweet taste. “On the one hand, I am satisfied, but on the other frustrated, it was not a perfect weekend,” said the Welshman.

This season is the last full season played by Ogier. Next year, the 37-year-old will look to other horizons, such as endurance events and the 24 Hours of Le Mans, although he will occasionally take part in rallies with Toyota.

If he achieved that eighth title, he would be one of the record that he has in his possession, with nine, his compatriot Sébastien Loeb. AFP (HN)