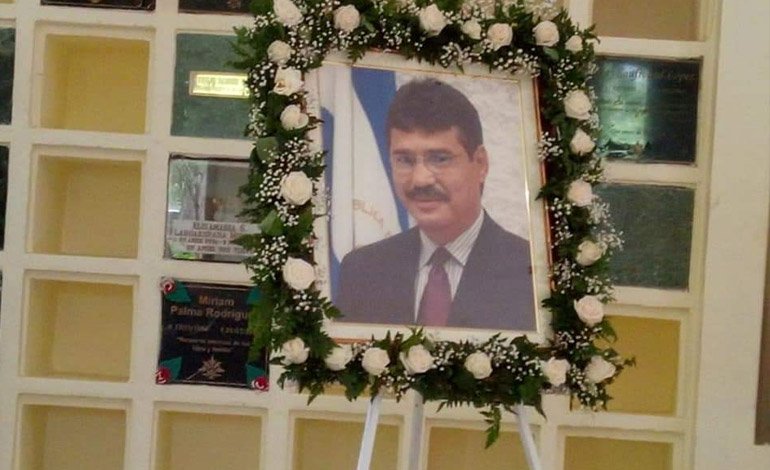 The Government of Nicaragua and the Mayor’s Office of Managua commemorated the tenth anniversary of the death of three-time world boxing champion Alexis Argüello, who was mayor of the Nicaraguan capital when, according to authorities, he took his own life.

Also posthumously to the “guerrilla commander” William Ramírez, a prominent promoter of Nicaraguan sports, and whose order was received by one of his sons, Aureliano Ramírez.

You can also read:  Mayweather and Pacquiao started a verbal war

The authorities honored Argüello with floral offerings, a mass, and a solemn session of the Managua Municipal Council.

The tributes by Argüello were attended as special guests by the Mexicans Rubén «Púas» Olivares and Federico Enríquez, special envoys of Mauricio Sulaimán, president of the World Boxing Council (WBC).

According to investigations by the Nicaraguan Police, the boxer committed suicide in the early morning of July 1, 2009 by shooting himself in the chest with a 9-millimeter pistol at his residence, 12 kilometers south of Managua.

You can also read:  MMA fighter vomits in the middle of a fight and is disqualified

Argüello’s eldest sons have from the beginning expressed their doubts that the former mayor of Managua committed suicide, and have never participated in official events in honor of the three-time world boxing champion.

Argüello, also known as the «Caballero del Ring» and the «Flaco Explosivo», is considered the best athlete in the history of Nicaragua, and a popular and spontaneous character, both in his boxing and political days.

The three-time world champion left a mark of 82 won fights, 65 by “knockout” and 8 losses and saw his fourth world title frustrated in 1982, against the American Aaron Pryor, in the category of 140 pounds (63 kilos). EFE

You can also read:  "Briggs is very, very dangerous": Klitschko