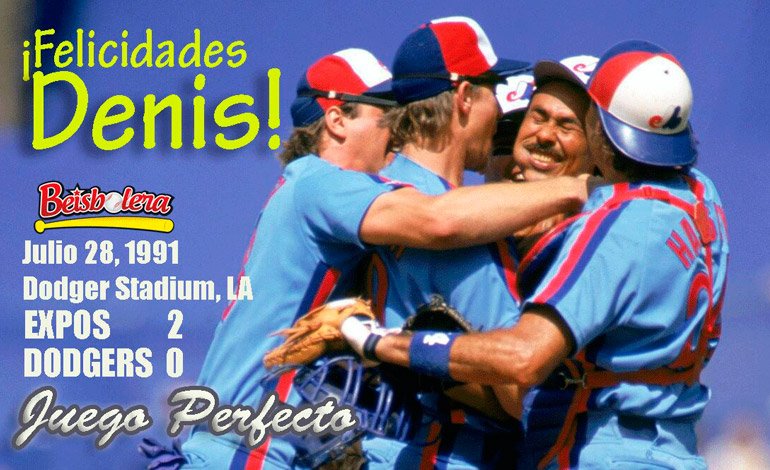 “Today we want to greet the 25th anniversary, the quarter of a century, of the perfect game of the Nicaraguan Denis Martínez,” said the first lady and coordinator of the Communication and Citizenship Council, Rosario Murillo, when reading the message through official media.

The official cataloged the retired baseball player, born in the colonial city of Granada, 45 kilometers southeast of Managua, as “glory of Nicaragua and pride of our country.”

Martínez, the Latin American pitcher with the most wins in the Major Leagues, with 245, threw a perfect game on July 28, 1991 when he was a member of the Montreal Expos against the Los Angeles Dodgers.

You can also read:  Puerto Rican expelotero honored and acclaimed by his fellow citizens

The 61-year-old former pitcher is considered the best baseball player of all time in Nicaragua.

Among his achievements are his participation in three championship series, three World Series and being selected four times for the All-Star Game.

However, his 245-193 mark could have been greater had Martinez not had serious personal problems due to alcohol consumption that put his professional career in jeopardy.

Martínez started in 1976 with the Baltimore Orioles, with whom he played until mid-1986 when he moved to the Montreal Expos.

In 1994 he signed with the Cleveland Indians and then played with the Seattle Mariners, ending his career with the Atlanta Braves in 1998.