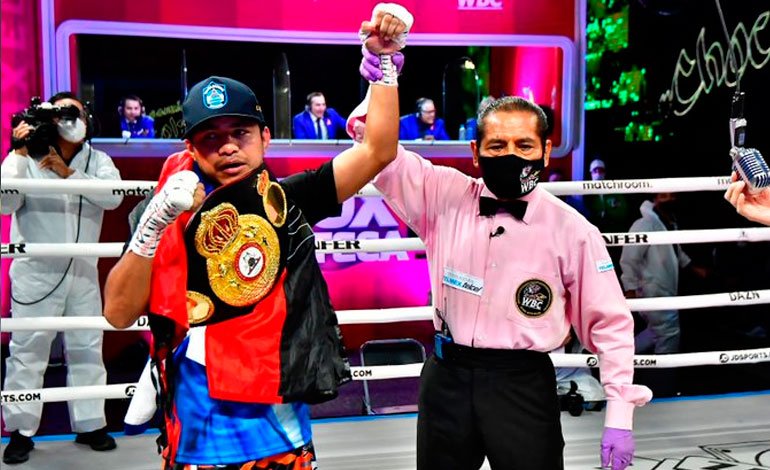 “Chocolatito” needed to show part of the boxing that led him to be the best pound for pound three years ago to cut off the most powerful rival, who disrespected him, although he was outmatched.

The “Jiga” proposed long-distance combat, but soon the Nicaraguan began to make a difference in his favor, with an advantage in exchanges.

With good waist movements, the Mexican escaped from the attacks, however the rival repeatedly placed him against the ropes and gradually accumulated an advantage, although he never put the opposite in bad condition.

You can also read:  Canelo Alvarez knocks out Kovalev and takes the WBO title

The Central American hit the liver well, handled his jab well and moved better, although at times, such as in the fourth and tenth rounds, Israel González made an impact on the opponent’s anatomy with his straight forehand.

The “Chocolatito” has lost popularity in his country due to its support for President Daniel Ortega, whom human rights organizations blame for the death of hundreds of opponents since 2018, however in the ring he confirmed to maintain his high level.

You can also read:  Andy Ruiz recovers from crash and defeats Chris Arreola

With the victory he reached 50 wins, 41 by “knockout”, with a couple of setbacks, while the “Jiga” added his fourth failure with 25 wins, 11 on the fast track.

Shortly before the Mexican Julio César “Rey” Martínez gave a lesson in good boxing to his compatriot Moisés Callero and defeated him by “knockout” in the second round to retain the flyweight title of the World Boxing Council (WBC).

With a good left-handed hook that caused a protection count in the first round and a barrage of punches in the second, Martínez reached 17 wins, 13 on the fast track, with a backhand and Callero added his 10th setback, with 33 wins. , 17 for “knockout”, with a draw.

You can also read:  The photo of Mike Tyson that reflects his bankruptcy

In the stellar fight of the card Francisco ‘Gallo’ Estrada will expose the WBC super flyweight belt against Carlos Cuadras, in a lawsuit between Mexicans.

If he wins, the “Gallo” could be seen with the “Chocolatito” in a fight to unify titles, which could be one of the most anticipated in world boxing in the coming months. EFE (HN).