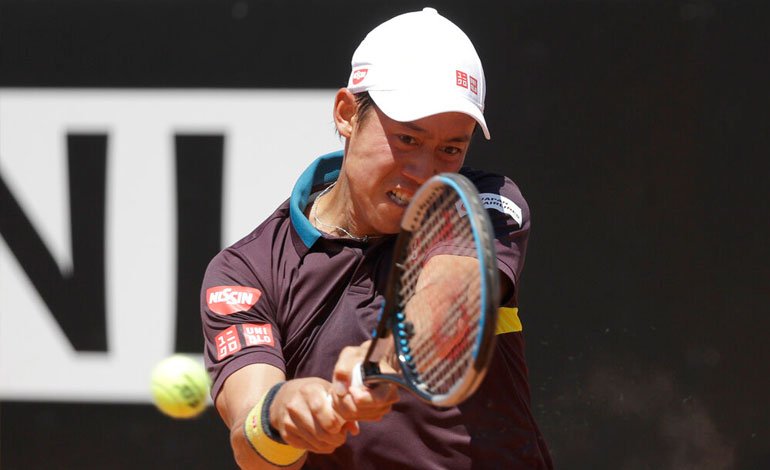 Japanese tennis player Kei Nishikori doubts that the IOC and local organizers have an effective plan to deal with the worst-case scenario of “hundreds” or “thousands” of coronavirus cases during the Tokyo Olympics.

He also questioned whether it is prudent to hold the Games when a state of emergency has just been extended in Tokyo and other parts of Japan due to the pandemic.

“I do not know what they are thinking and I do not know how much they have analyzed in making a bubble, because it is not only about 100 people like in these tournaments,” said Nishikori after winning his first round match at the Italian Open on Monday.

“There are 10,000 people in the village. I don’t think it’s easy, especially with the current situation in Japan. Things are not going well. What’s more, Japan is not alone. You have to think about the whole world right now.

You can also read:  Maria Sharapova announces her retirement

Nishikori is one of several tennis figures who have spoken out ambivalently about the Games.

Serena Williams hinted that she will not go to Japan if health protocols prevent her from bringing her three-year-old daughter.

“I haven’t been away from her for 24 hours, so that answers the question in a way,” Williams said Monday. “You have this pandemic and there are many things to consider.”

“Of course I would like to say that I want the Olympics to be a reality, because I am an athlete and it is something I have been waiting for my whole life,” Osaka said. “A lot of unforeseen things have happened and if it puts people at risk, or if it makes people uncomfortable, it should be discussed, which seems to me to be the current situation.”

You can also read:  Bautista Agut eliminates Djokovic in Miami 4th round

Japan has attributed 11,000 deaths to the virus, a low figure by world standards but not as good compared to many other Asian nations. The virus and its new variants are overwhelming the Japanese health system, where only 2% of the population has been vaccinated.

Public opinion remains averse to the idea of ​​staging an Olympic Games in the midst of a pandemic. Between 60 and 80% of Japanese, according to polls, believe that the jousts should be canceled or postponed.

But local organizers and the International Olympic Committee insist on carrying out the Games, which have already been postponed for a year, which will be inaugurated on July 23.

You can also read:  Del Potro questions his participation in the Australian Open

“There are still two or three months left. The current moment is complicated, “said Nishikori, adding that he believed the organizers should consider a” pause “on the decision right now.

Nishikori, a former US Open finalist and current ranking number 45, said it would be “very difficult” to set up the competition under the current circumstances.

“If it’s just athletes, I think you can,” he said. “If you build a good bubble, maybe you can, but there is a certain risk as well.”

“(What would happen) to 100 cases in the village… (or) thousands?” Nishikori asked. “You have to determine how you can compete safely.” AP (HN).