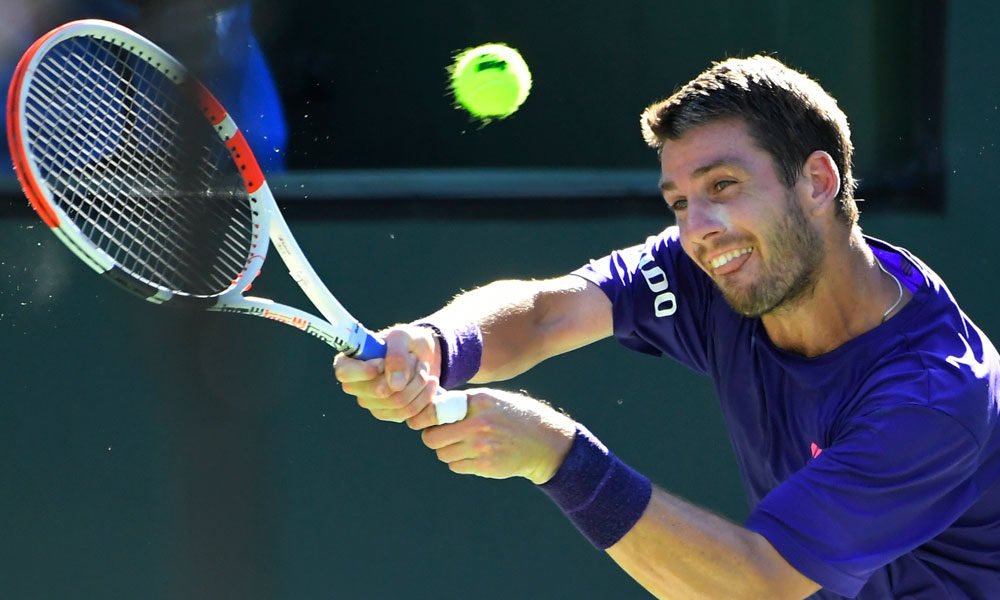 British tennis player Cameron Norrie defeated Bulgarian Grigor Dimitrov 6-2, 6-4 and advanced to the Indian Wells final, the first of a Masters 1000 in his career.

Number 26 in the ATP rankings, Norrie will look to become the first Briton to conquer Indian Wells on Sunday, considered the most important tournament outside of the Grand Slams.

His rival in the final will come out of the clash between Georgian Nikoloz Basilashvili (36th in the world rankings) and American Taylor Fritz (39th), executioners on Friday of favorites Stefanos Tsitsipas and Alexander Zverev.

For the first time in the history of the Masters 1000 tournaments, none of the semifinals is within the top-25 of the ATP.

In the women’s division, the final will be played by two other players outside the top-25 of the WTA: the Spanish Paula Badosa (27th) and the former world number one Victoria Azarenka (32nd).

You can also read:  Halep-Kerber and Mertens-Wozniacki, in the semifinals

Canceled in 2020 and rescheduled from March to October due to the coronavirus, the desert town of Indian Wells (California) has experienced a unique end-of-season edition to which figures such as the number one Novak Djokovic and Ashleigh Barty resigned.

The absences, and the unexpected eliminations of favorites Medvedev, Tsitsipas and Zverev, had opened the door to eternal Masters 1000 contenders like Diego Schwartzman, but the Argentine let the opportunity slip against now finalist Cameron Norrie.

The left-handed tennis player will be the fourth Briton to fight for the title of the Californian tournament after Andy Murray in 2009 (Rafa Nadal’s victory), Tim Henman in 2004 (Roger Federer) and 2002 (Lleyton Hewitt) and Greg Rusedski in 1998 (Marcelo Ríos). ).

You can also read:  Djokovic and Medvedev lead those called up for the Davis Cup final phase

Born in South Africa and raised in New Zealand, Norrie is experiencing a belated awakening to triumph at 26.

Coached by Argentine Facundo Lugones, the Londoner reached his first ATP final last year and this season he has qualified for six, with just one win so far in July in Los Cabos, Mexico.

Novak Djokovic is the only other tennis player to reach six finals this year, although in his case four were Grand Slam.

– No answers –
Former world number three, Grigor Dimitrov was the most experienced of the semi-finalist quartet, the only one to have lifted a Masters 1000 title (Cincinnati in 2017).

The 30-year-old Bulgarian had already been surprised by Norrie in their only match at the last Masters 1000 in Miami, and this Saturday he was much more imprecise than usual, with 31 unforced errors for 19 by the Briton.

You can also read:  Ferrer confirms participation in the Conde de Godó 2016 tournament

Norrie hit the track like a cyclone and took the lead with a 4-0 lead that ensured he put the first set on his account.

Norrie’s break of service in the first game of the second set put the semi-final very uphill for Dimitrov, who paid for the effort of Thursday’s two-and-a-half hour battle against Pole Hubert Hurkacz.

With visible physical discomfort, the Bulgarian managed to stay in the dispute of the set but was not able to achieve any break before congratulating Norrie, first classified to this unusual Indian Wells final, on the net.