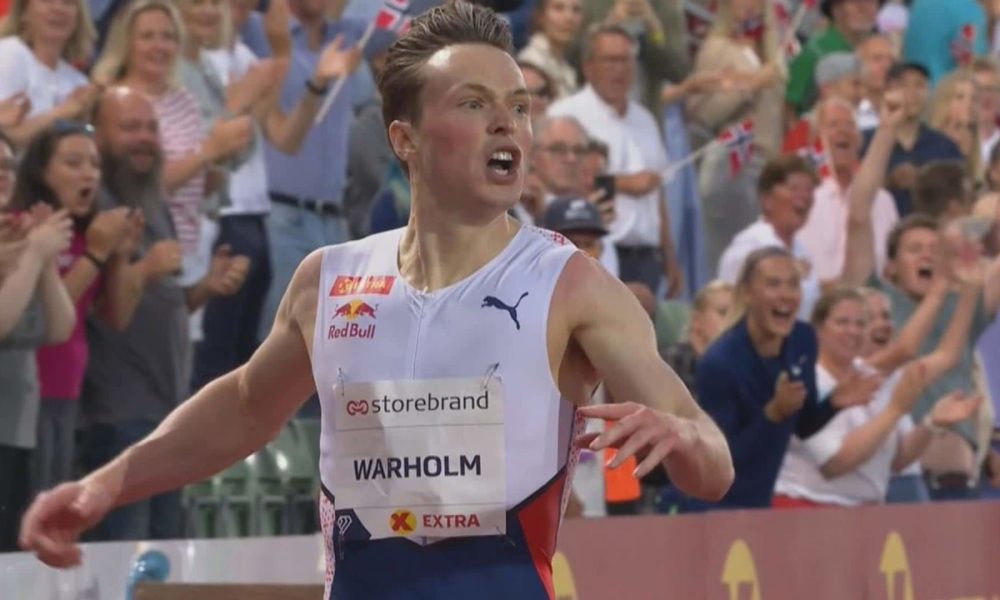 The Norwegian Karsten Warholm broke the world record for 400 meters hurdles by winning with a time of 46 seconds and 70 hundredths, this Thursday at the athletics meeting in Oslo, belonging to the Diamond League circuit.

Warholm thus broke the old record that, with 46.78, the American Kevin Young had held for 29 years, since the 1992 Barcelona Olympics, when the Norwegian hurdler was not even born.

“I knew I had a fast time inside me for a long time, but it is another thing to do. It was the perfect moment, everyone was talking about it (the world record). At Bislett Stadium, with the crowd coming back, it’s something very special to be able to do it. I’m proud, it’s incredible, “said the protagonist of the day.

“It’s just my first 400 meter hurdles of the year. I can further develop my career and do it better, “he warned.

In the stands of the Oslo stadium there were 5,000 spectators surrendered to his cause, including the legend of alpine skiing Aksel Lund Svindal.
Warholm’s record comes just four days after an impressive time by American Rai Benjamin, who during his country’s selections for the Games had become the second fastest in history, with a time of 46 seconds and 83 hundredths.
Both stars must face each other on July 9 at the Monaco meeting, in what could be an explosive pulse as an aperitif before the Tokyo Olympics (July 23-August 8), where the 400-meter hurdles will be one of the most awaited tests.
Warholm, winner of the last two world titles, had already approached the world record several times in 2019 (46.92) and 2020 (46.87).

You can also read:  Allyson Felix announced retirement at the end of the season

– Duplantis tried –
At the age of 25, he is confirmed as the man of reference in a test that lives a moment of splendor for a generation in which the Qatari Abderrahman Samba also stands out, who also plans to fight Warholm and Benjamin.
Warholm (1.87m, 80kg) also attracts attention for his outgoing and playful character.
Since March 2015, this former combined events athlete (7,764 points as a junior in the decathlon) has been working with Leif Olav Alnes, a coach four decades older with whom he gets on very well and with whom he won two world and two European titles.
The 400 meter hurdles have seen new world records in a matter of days, since in the women’s category the American Sydney McLaughlin achieved a world record with 51.90 last Sunday. In that event there is also a high-flying duel, as the Olympic and world champion Dalilah Muhammad, also from the United States, also aspires to the maximum.
Another world record could have arrived in Oslo this Thursday.
Swede Armand Duplantis failed three times before the 6.19 meter bar, in his attempt to improve his own record (6.18 meters, achieved in 2020).
The 21-year-old prodigy easily won the contest anyway, with a jump achieved on the first attempt above 6.01 meters. Thus, he was ahead of the American world champion Sam Kendricks (5.91 meters) and the French world champion Renaud Lavillenie (5.81 meters). (AFP)

You can also read:  Yulimar Rojas and Fraser-Pryce shine in Lausanne