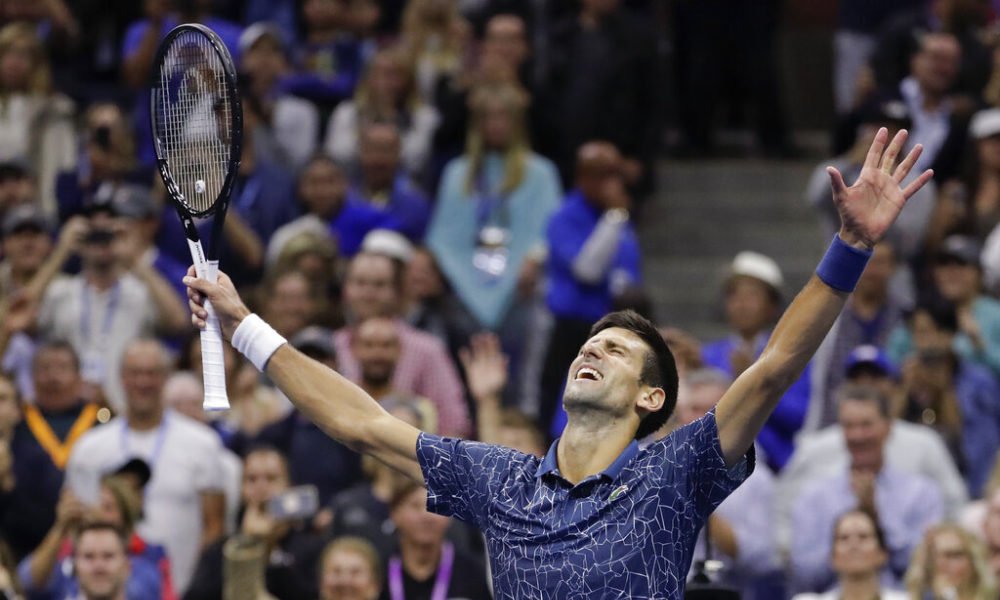 Novak Djokovic is aware that his US Open history double chase – the first Grand Slam in a calendar year in more than half a century and the possible 21st major title – means all eyes will be on him when enter the field to play.

“I am extremely inspired and motivated by it, there is no doubt. But at the same time, I know how to balance things mentally, with a lot of expectations, obviously, around my participation here – without Rafa (Nadal) and Roger (Federer) participating, ”said Djokovic on Friday, mentioning the case of his two greats. rivals, absent, with whom he shares the historic leadership with 20 Grand Slams titles.

You can also read:  Del Potro reaches the semifinal of the Open after beating Isner

“Sorry. I know that many people will be watching my games and expecting that I do well and fight for the Slam, “he continued. FILE- Naomi Osaka of Japan celebrates after beating Madison Keys during the semifinals of the US Open in New York. (AP Photo / Seth Wenig, File)

Naomi Osaka also knows that her return to Grand Slam activity for the first time since leaving the French Open to privilege her emotional health means that she will be in the limelight when she has a racket in hand as the defending champion in Flushing. Meadows – and when she’s with a microphone in front of her.

The last Grand Slam of the year kicks off on Monday, with crowds waiting in the stands a year after fans were not allowed due to the coronavirus outbreak. It will be a tournament in which for the first time since 1997 Federer, Nadal and the two Williams sisters will not be present, so it will not be a surprise where the attention will be.

You can also read:  Muguruza falls in Tokyo and Naomi Osaka wins in her return after the US Open