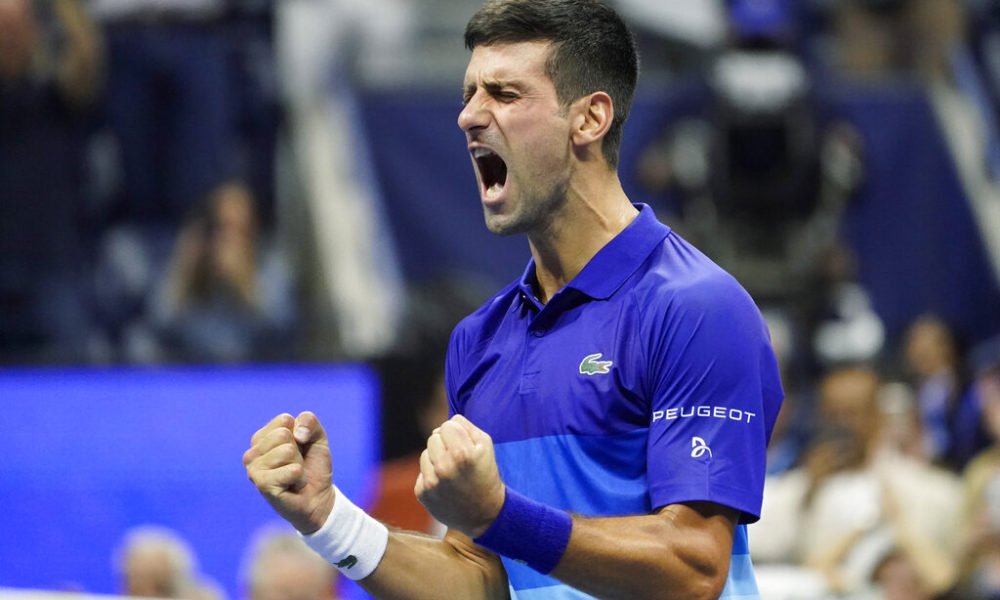 Novak Djokovic is one victory away from completing the Grand Slam in the same year, a feat no one has achieved since 1969 in the men’s field. If he succeeds, he and everyone else will remember an epic and key game, played on Friday.
It came at the conclusion of the third set of what was eventually a 4-6, 6-2, 6-4, 4-6, 6-2 victory for the Serbian over flaming Olympic champion Alexander Zverev in the semi-finals.
The win put Djokovic 27-0 in major tournaments this season.
The game featured one lengthy rally after another, including a point that required 53 shots and more than a minute. It was the longest of the tournament and, in fact, it was favorable to Zverev, who solved with a forehand shot.
Exhausted, the German crouched down, while much of the 21,139 spectators at the Arthur Ashe Stadium cheered him on their feet.
But that point didn’t matter afterward. This is often the case with Djokovic, especially in five-set marathons within the big events.
As usual, the Balkan star used his superb return and tireless defense to wear down Zverev.
Yes, Djokovic lost that point, preceded by others that required 13, 19, 22 and 31 shots – then came one of 16. But he won the game and the set.
His rival will be Daniil Medvedev, who on two occasions came close to being overtaken by Felix Auger-Aliassime, one set per side, in the other semi-final.
The second-seeded Russian did not allow it. He beat the Canadian 6-4, 7-5, 6-2, too prone to errors and is now heading to his third final of a Grand Slam tournament.
“It was a bit of a strange match in the second set, when I think everyone thought this was going to be tied, and you never know how the match will turn out if that happens,” said Medvedev, who was down 5-2 in the second set. . “I managed to save myself from set points. He missed a volley. I made a good point and the game changed completely ”.
In every sense, this semifinal was a preliminary duel before the most attractive of the day. Djokovic, world number one, against Zverev, fourth.
“It will be a great game,” admitted Medvedev himself in his statements to the public. “I recommend everyone to watch it.”
The Russian himself expected to be attentive to the meeting, after dinner.
The party will hardly have let him down. Djokovic, who won titles at the Australian and French Opens as well as Wimbledon, is looking to be the first player since Rod Laver in 1969 to have completed a Grand Slam in the same year.
Laver was sitting in the presidential box at Arthur Ashe Stadium for Friday’s games.
Medvedev, 25, lost a final at Melbourne Park to Djokovic in February and another at Flushing Meadows to Rafael Nadal in 2019.
The Russian made the US Open semifinals for the third time in his career.
“I don’t think I played my best tennis today,” said Medvedev, who has lost just one set in six meetings over the past two weeks. “But I’m really happy to be in the final.”
Auger-Aliassime, the 12th seed, is 21 years old and is led by Nadal’s uncle, Toni. He appeared in a major semi-final for the first time. (AP)

You can also read:  Rio 2016 passes with excellent tennis facilities