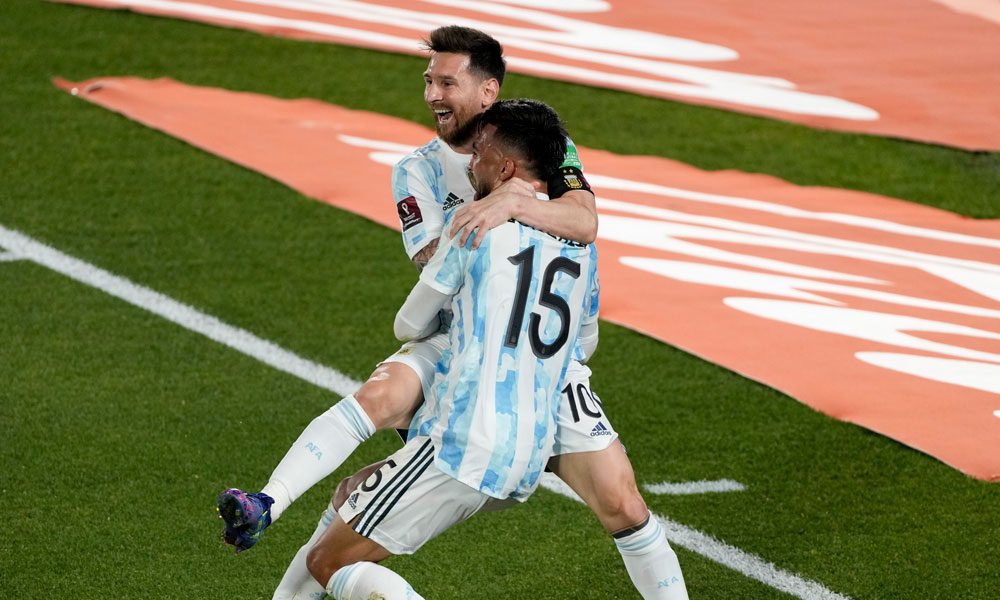 The now unconditional romance of Lionel Messi Argentina with his fans grows stronger every day after the football show and goals against Uruguay (3-0).

After so many years of bitterness and disagreements, what is new is that the Argentine National Team has once again become “the people’s team.”

They had been, in their own way, the world champions of Argentina-78 and Mexico-86. The last emotional bond was with the winners of the Copa América de Chile-91 and Ecuador-93.

Later, and without the iconic Diego Maradona on the grass, the bond cooled. “May this communion with people last long. The people thing is impressive. It is more and more beautiful to be able to live and enjoy this », admitted Messi, the Albiceleste’s top striker (80 goals).

Key to falling in love is the return of stadium fans. Some 35,000 entered the Monumental on Sunday night because the numbers of the covid-19 pandemic stopped being chilling and the doors were reopened.

You can also read:  Premier League player could go to prison in Singapore

The fan does not stop being successful. The fervor grew until love was reborn with the Copa América won against Brazil this year at the Maracana, after 28 years of disappointment.

“When the team can play, the truth is that it’s nice to see it. Patience is a virtue you have. The fans got it. Other times out there people ask to be attacked in an excessive way ”, reflected the DT.

Is that the classic from the River Plate, as defined by Scaloni, “until the first goal was a tremendously difficult game in which they closed very well.”

Three times the Uruguayan gunner Luis Suárez was face to face with goalkeeper Emiliano Martínez. The ‘Pistolero’ shot him with two furious shots. ‘Draw’ Martínez stopped them. A third ‘pistol shot’ crashed into a post. The story could be another.

«The ‘Draw’ is fundamental. When they come to him, he always responds. He took hold of the bow. We have one of the best goalkeepers in the world, without a doubt, ”said Messi.

You can also read:  Rashford continues his crusade against child poverty

Later the unexpected appeared again. Messi threw a cross-pass to Nicolás González. The striker screwed up the shot, goalkeeper Fernando Muslera missed, the defense got confused and the ball went into goal as if asking for forgiveness for the bizarre play.

“Once we do the first one we started to find spaces and the other goals appeared”, illustrated Messi.

What is different is that there are other partners and football societies around him. The influence of Rodrigo De Paul (second goal) and Lautaro Martínez (third) grows.

Think, play and it does not escape the area Giovani Lo Celso. Leandro Paredes backs with solvency.

And something changed at the root. When Ángel Di María enters, he is a battering ram. The man who was sidelined from the National Team for losing so many cup finals is now enjoying romance. Thousands chant ‘Fideeo, Fideeo’ who they knew how to boo.

The attitude of the public can be as cruel as it is unconditional and festive. “The communion between the team and the people makes them help us, that they take us when things go wrong,” Messi theorized.

You can also read:  Cristiano celebrates his 100 games with Juventus with a double

The quality jump and the emotional injection strengthened the hope of Argentina. It is second with 22 points, six behind the leader Brazil. And the decision of the suspended match between the two in Sao Paulo is still missing.

The fans invented the “Subite a la Scaloneta” on social networks, a play on words with the DT’s surname. It is a bus that takes the players and the driver is the young coach who had never directed even in promotion divisions.

He was a collaborator of the fired Jorge Sampaoli. “Do you want to direct some parties, nothing more?” They asked him. “Yes,” he replied, after the disbandment for the humiliating elimination in the 2018 World Cup in Russia.

Now the Scaloneta de los ‘Lioneles’ plays with Peru on Thursday at the Monumental in Buenos Aires and to re-fuel the romance. AFP (HN)