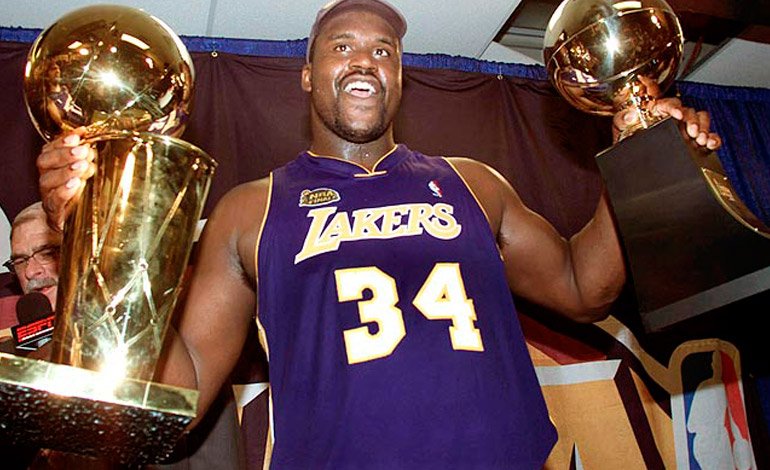 Former players Shaquille O’Neal, Allen Iverson and China’s Yao Ming lead the list of ten new members of the Hall of Fame elected today in Houston as part of the celebration of the Final Four of college basketball.
Along with them, seven other members were also chosen, including Zelmo Beaty, the legendary Atlanta Hawks player, who died in 2013 at the age of 73.
Also posthumously awarded are former player Cumberland Posey and manager John McLendon, as well as former referee Darell Garretson.
O’Neal, winner of four NBA titles with the Los Angeles Lakers and the Miami Heat, as well as an MVP award, ended a 19-year career as the 10th scorer in league history, despite his free throw shooting percentage was only 53 percent, one of the worst for a center.
He is one of four players to win three MVP awards during the NBA Finals along with Michael Jordan (6), Tim Duncan (3), and Magic Johnson (3).
O’Neal was one point away from being unanimously chosen as MVP in the 1999-2000 season, but Iverson was the one who received the only vote he needed to make history.
The former Orlando Magic, Lakers and Heat player was also a 15-time All-Star, tied with Duncan and power forward Kevin Garnett for third place.
He was second only to the legendary Kareem Abdul-Jabbar with 19 and his former teammate, shooting guard Kobe Bryant (18).
Iverson, who won four shooting titles and the MVP award in the 2011 season, played in the NBA Finals with the Philadelphia Sixers but lost them in 2001 to O’Neal’s Lakers.
Ming, who played for the Rockets, made history by being the first Chinese to be selected as number one in the college draft when he was selected by the Houston team in 2002.
Injuries did not allow him to get great statistics, but his presence in the NBA, the third Chinese player to do so, became a figure that generated passion for basketball in his country.
He was elected eight times to the All-Star Party. In his first game against O’Neal he put up three blocks on his first three shots.
College coach Tom Izzo has made seven Final Four appearances and won 524 games since taking over the Michigan State University Spartans basketball program in 1995, winning the national title in 2000.
The list of inductees into the Hall of Fame was completed by Chicago Bulls owner Jerry Reinsdorf and former WNBA women’s basketball star Sheryl Swoopes, the first player to turn professional and win three league titles.
The new members will be inducted into the Hall of Fame on September 9 in Springfield, Massachusetts. EFE

You can also read:  LeBron James confirms that he was vaccinated, but will not try to convince other players