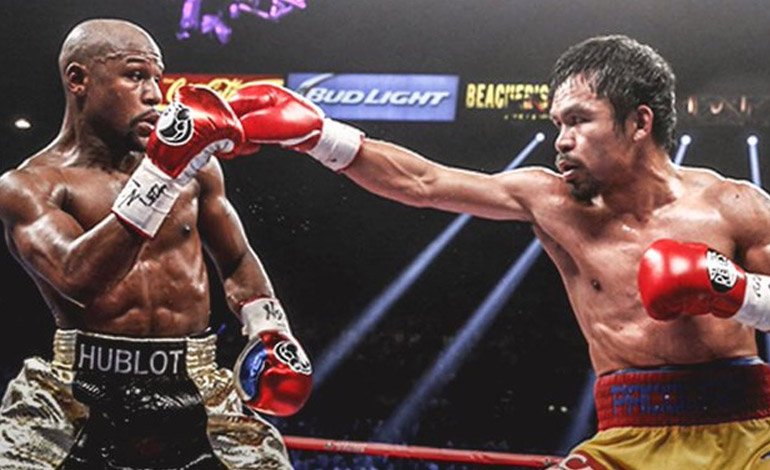 Mutual accusations on social networks between the Filipino Manny Pacquiao and the American Floyd Mayweather, officially retired, raised the rumors of a new fight between these two boxing megastars.

On Twitter, 42-year-old Mayweather first reproached 40-year-old Pacquiao for using him to maintain his presence in the sport.

“I find it very ironic that every time Pacquiao’s name is mentioned in the media, my name is always attached,” explained the former welterweight and super welterweight champion.

“This man’s entire heritage and career have been built on his association with my name,” Mayweather said.

“Pacman”, elected senator of the Philippines in May 2016 and cited as a possible candidate to succeed the controversial President Rodrigo Duterte in 2022, responded by challenging him to accept a rematch.

You can also read:  "Canelo" Álvarez to face Smith for junior middleweight title

Their only showdown, won by the American on points, had put on a disappointing show in May 2015 in Las Vegas, but it filled their pockets with several tens of millions of dollars.

On Saturday, Pacquiao won the World Boxing Association (WBA) welterweight title by inflicting his first loss on American Keith Thurman, ten years his junior, under the gaze of Mayweather, present at the MGM Grand in Las Vegas.

You come to my fight and then you use my name in a message, and I’m the one who wants to stay relevant? If you want to be relevant again … # MayPac2, »writes Pacquiao, referring to his possible match.

It is not the first time that both have raised interest in search of a potentially very lucrative rematch.

Disregarding a display in Japan in front of a kickboxer, Mayweather’s last ring appearance dates back to a match won in August 2017 against world MMA star Conor McGregor of Ireland.

On Tuesday, the American was named “special adviser” to the Chinese Olympic boxing team with a view to the 2020 Tokyo Games.