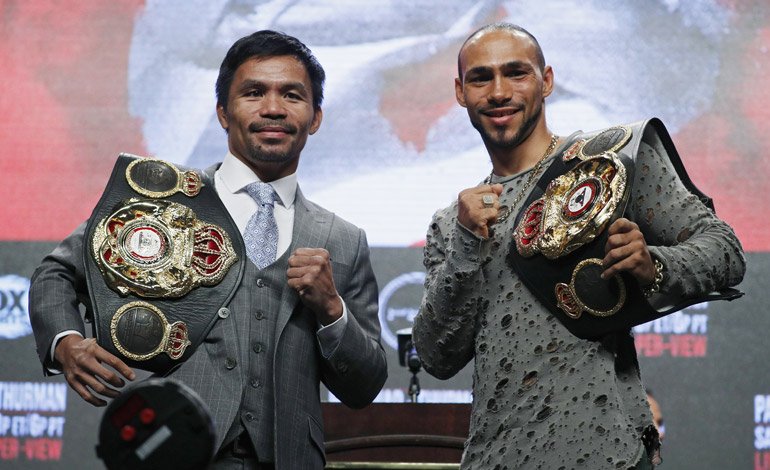 Manny Pacquiao has had a lot to say about boxing since he entered politics.

The 40-year-old Filipino senator who once avoided lengthy conversations in English is now more comfortable with the language. A fighter who once kept his conversations short and calm has become much more open to comment on his sport, his political leanings and his place in both worlds.

Before a recent workout at Wild Card Gym, Pacquiao predicted a knockout victory when he enters the ring against undefeated welterweight champion Keith Thurman on Saturday night in Las Vegas.

“I predict that there is a large percentage that the fight will not last the 12 rounds,” said Pacquiao.

You can also read:  Tamers of Cuba defeat the Wolves of Kazakhstan

The Filipino star has never been one to brag, and has only knocked out one of his last 15 opponents in the past decade – an incredible statistic for those who still see Pacquiao as the smashing force of his best years.

He hasn’t said whether he predicts that knockout out of conviction or promotion. But Pacquiao has been speaking out more than ever in the aftermath of a 25-year professional career and continues to do so even as he faces a fight that could end his resurgence.

“I like the fight because it is a challenge for me, but I know that I am going to win,” said Pacquiao.

You can also read:  Cotto thinks about next rivals

Pacquiao’s growing comfort with public speaking also has an ugly and damaging side. He has already lost Nike sponsorship and significant global fan support with ruthless anti-gay rhetoric apparently based on his conversion to the evangelical faith and has endorsed draconian measures in other areas of life and jurisprudence in the Philippines.

But Pacquiao insists he’s not thinking much about his political life while training in California, even if his positions sometimes overshadow his abilities for a large part of the public. Now he talks only about his fight with Thurman, the talented welterweight determined to end Pacquiao’s career.

But whether in Hollywood or Manila, Pacquiao’s words offer a fascinating look at his determination to carry on until someone stops him – in boxing and in politics, where he is thought to be a possible successor to President Rodrigo Duterte.

“Just focus on discipline and hard work,” he said when asked about the secret to his longevity in the ring. “I don’t think about anything else, but the ring. In boxing all is concentration and hard work. Nothing more. If you are thinking about something other than preparation and training, you forget about boxing. Boxing is about how much you punish yourself. ” Ap