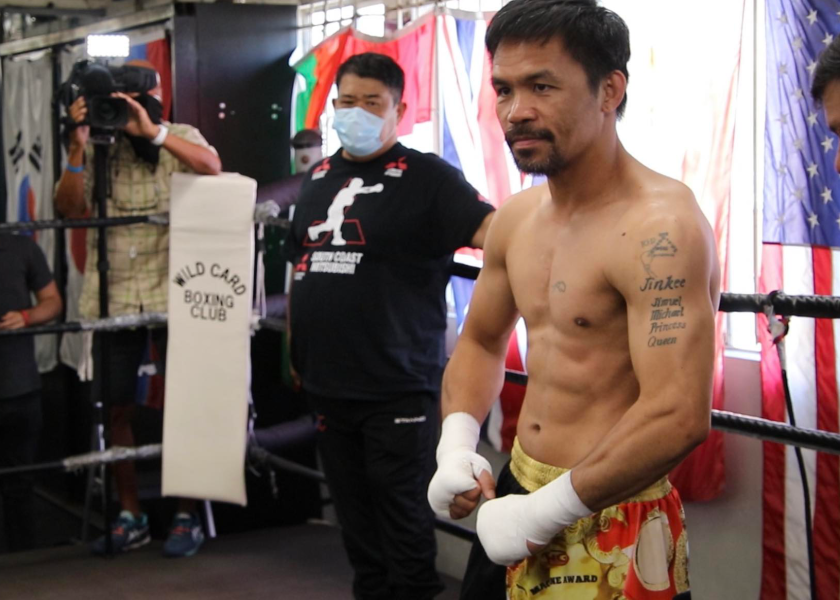 Filipino boxing star Manny Pacquiao said Wednesday that the “only danger” of switching opponents for next week’s welterweight boxing world title fight in Las Vegas will be going from a left-handed to a right-handed opponent.

Instead of facing undefeated Spence for the World Boxing Council (WBC) and International Boxing Federation (IBF) titles that the American owns, Pacquiao will fight for the World Association (WBA) crown that he once won against him. Cuban, a right-hander who had planned to defend the crown on that same card anyway against another rival.

“The only danger to this fight is the change in posture,” Pacquiao said. “Both Spence and Ugas are aggressive fighters, I like that.”

Cuban Ugas, 26-4 with 12 knockouts, received the WBA crown in January after Pacquiao, the eight-division champion (62-7 with two draws and 39 knockouts), was stripped of the title for inactivity.

Pacquiao has not fought since removing the WBA belt from American Keith Thurman by split decision in July 2019.

«Ugás is a champion because they gave him my belt. Now, we have to fix it inside the ring (…) We will see who the champion is, ”added the Philippine champion.

You can also read:  Cotto assures that he still has a lot to give

Ugás knows the last minute change has created the biggest fight of his career, which could be his biggest win if he can pull off an upset.

This is the most important fight of my life. I am well aware that Pacquiao is the favorite, but at the same time I am a champion. I have faced so many strong opponents to get where I am, ”said Ugás.

“I have full confidence in myself and in my ability to win,” he concluded. (AFP)