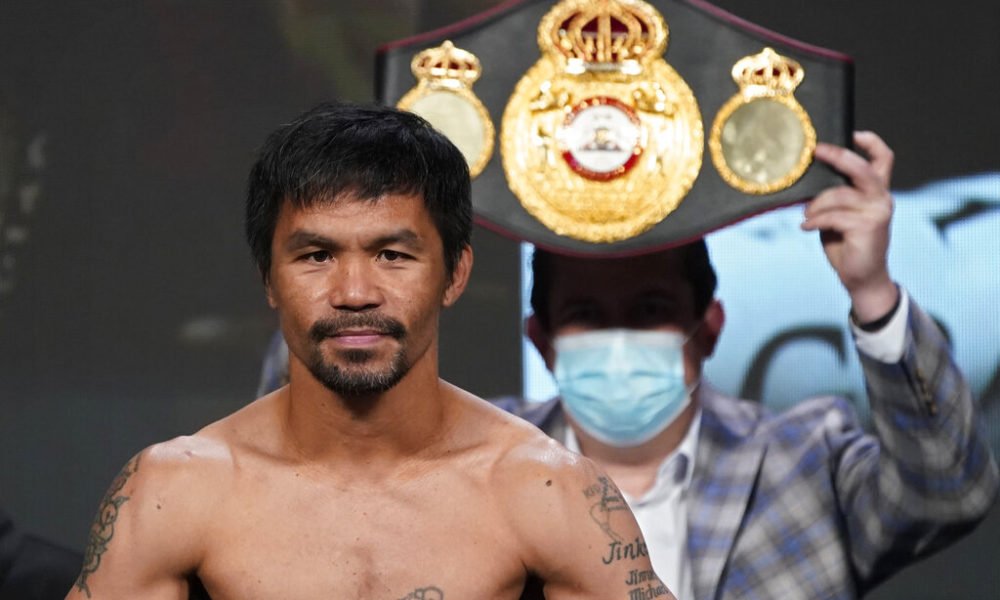 Philippine senator and boxing icon Manny Pacquiao announced that he will run for president in the 2022 election.

Pacquiao accepted his PDP-Laban party’s nomination at their national convention on Sunday, pledging to honestly serve the Filipino people who he said await a change of government.

“I am a fighter and I will always be a fighter in and out of the ring,” said Pacquiao, 42, in his speech.

“On behalf of our compatriots who have long wanted the right change in government, I wholeheartedly, courageously and humbly hope for your support,” he added.

Pacquiao is the president of the PDP-Laban faction led by him and Senator Aquilino “Koko” Pimentel III.

You can also read:  Mendy, the hero of Madrid in Bergamo

Duterte, who is prohibited by the Constitution from seeking a second six-year term, accepted the nomination, but Go declined to run for president.

The president launched a brutal campaign against drugs and said last week that he would rather “die first” than face an international tribunal, a day after the International Criminal Court announced that it would investigate allegations of crimes against humanity linked to drug abuse. repression that has left thousands of deaths.

Pacquiao has accused the government of Durterte, his former ally, of worsening corruption in the Philippines.

You can also read:  Lukaku dedicates the goal to his teammate Eriksen

To critics who question his merits, the boxer has said that his own experience growing up poor will help him rule the country. He added that he will fight poverty and corruption.

“In my entire life, I’ve never shied away from any fight,” Pacquiao said.

He warned politicians to hold accountable for corruption that “they will soon end up in jail.”

The rival faction of the party that backs Duterte previously said it will go to the Election Commission to declare Pacquiao and his allies illegal representatives of the ruling party. (AP)