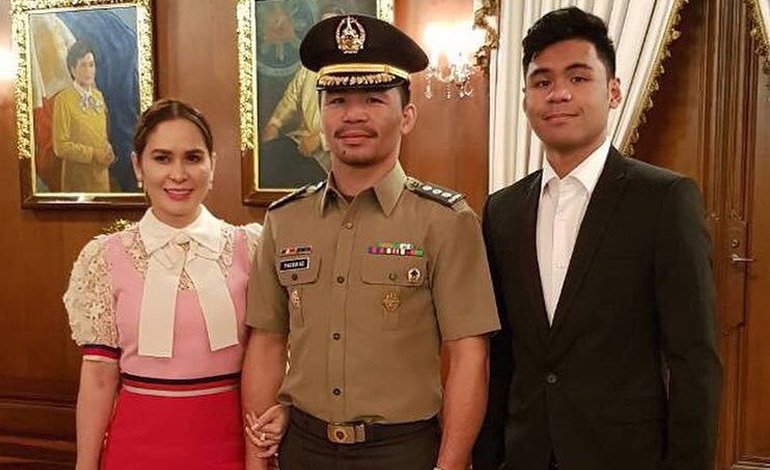 You don’t need to box. Philippine boxing legend Manny Pacquiao wants to discourage his son after the 19-year-old’s intention to step into the ring.

“Pac Man”, the only boxer to have been world champion in eight different weight categories, took the floor on Wednesday, a few days after the broadcast on Facebook of a video of an exhibition match of his eldest son, Emmanuel Jr, nicknamed Jimuel.

“It hurts me that he boxing, because he knows how hard it is. I have told him that Dad started boxing just to get out of poverty… You don’t need to box, “said Pacquiao, who lived on the streets before launching into professional boxing in January 1995 for a sum of 1,000 pesos (19 euros) and amass a fortune estimated at more than 500 million dollars.

You can also read:  The contests for the Moon Figth Nigth 18 are ready

But he told me: Dad, like you, boxing is my passion. I want to represent my country as an athlete, “added the 40-year-old fighter.

In the Facebook video, the young Pacquiao is seen briefly sending his rival to the tapestry, with chains of blows reminiscent of his father’s. Jimuel also wore gloves, a helmet and a belt with the name “Pacman.”

His father followed the match by videoconference and you can see how he talks to his son before the start of the match.

“His mother cried several times, saying, ‘Don’t box, my son,'” Pacquiao said of his wife, Jinkee, who also asked Pacquiao to hang up his gloves at 40.

You can also read:  Casimero defeated Rigondeaux in a split decision and retained the WBO title

“He really wants to do that,” he lamented, referring to his son, the Filipino with a record of 61 victories (39 before the limit), compared to seven defeats and two null.

An adviser to Pacquiao told AFP that Jimuel had only been boxing since December, a month before his father easily beat American Adrien Broner in Las Vegas.

The young Pacquiao would not be the first son of a boxing champion to step into a ring. AFP