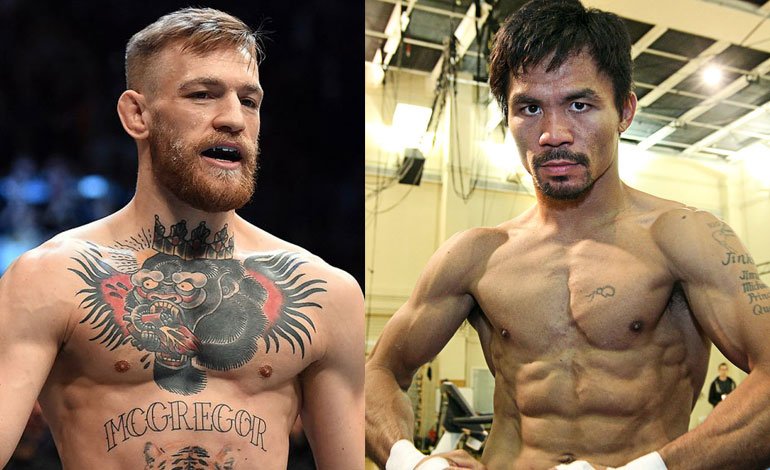 The fight could take place in the Middle East, Joson said, specifying that Pacquiao would donate part of his bag to the Philippine victims of the pandemic.

At 41, Pacquiao has not stepped into the ring since claiming the WBA (World Boxing Association) welterweight crown with a win over Keith Thurman in Las Vegas in July 2019.

You can also read:  MMA star Nurmagomedov calls for 'discipline' against coronavirus

Pacquiao has successfully combined a political career in the Philippines, where he is a senator-elect, with boxing at the highest level.

McGregor, for his part, has already unsuccessfully faced another legendary boxer, welterweight king Floyd Mayweather, in 2017.

Sean Gibbons, president of Manny Pacquiao Promotions, earlier told AFP in Los Angeles that a fight between the eight-division boxing world champion and McGregor would be a “tremendous global event,” but that both sides are still “far” from coming. an agreement.

Gibbons added that the Irishman had shown in his match with Mayweather that he was capable of challenging “the best fighters in the world.”

A few hours earlier, McGregor himself, who announced his retirement from MMA in June, said on Twitter that he will box “against Manny Pacquiao in the Middle East.”

You can also read:  Ruiz Jr says all the pressure is on Joshua in Saturday's rematch

“It will be a true honor to have faced two of the greatest boxers of the modern era,” he said.

However, McGregor’s manager, Audie Attar, told ESPN that they are still in serious talks about the fight with Pacquiao, for which a possible date is considered in December or January in a Middle Eastern country. AFP (HN).