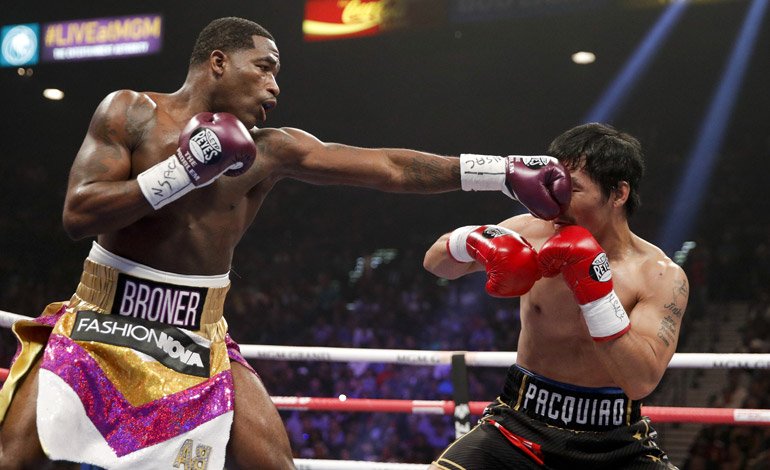 Pacquiao was scheduled to fly home to the Philippines to be examined by an ophthalmologist, according to the newspaper, who cited two anonymous sources in Pacquiao’s environment with differing opinions on the ailment.

The 40-year-old did not sleep the night after the Broner fight, but complained Sunday morning of pain and loss of vision in his left eye, according to the report.

The Los Angeles police also informed Pacquiao, the first eight-division champion in boxing history, that his home had been robbed during his fight with Broner in Las Vegas.

You can also read:  VIDEO: They knocked out Ronda Rousey!

A source revealed that the Filipino’s environment fears that Pacquiao may suffer a retinal detachment, which could end his career and prevent a long-awaited rematch against Floyd Mayweather.

Yet another told the News that the injury was relatively minor: just a scratched cornea, caused by the tape on one of Broner’s gloves.

The nicknamed Pac-Man has suffered corneal scratches in previous bouts.

Pacquiao, now 61-7 with two draws and 39 knockouts, hoped that a victory could lead to another encounter with the now-retired and undefeated Mayweather, who defeated him by unanimous decision in 2015. AFP