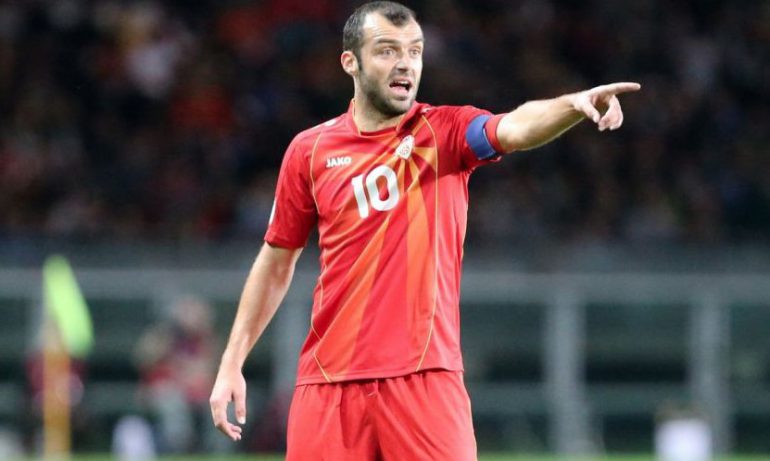 A solitary goal from the veteran Goran Pandev allowed North Macedonia to make history, after qualifying for the first time for the final phase of a European Championship, by beating Georgia 0-1 in the play-off final on Thursday.

Pandev, who turned 37 last July, showed that he has not forgotten the goalscoring skills that led him to become a star for Lazio, Inter or Napoli, among others, with the goal he scored this Thursday in the Georgian capital .

A goal in which the now Genoa player showed all the quality he possesses, culminating at 56 minutes with a subtle touch a nice triangulation of the Macedonian team in the rival area, which Pandev himself was in charge of starting.

You can also read:  Request for a lawsuit A implicated in the fraud of the Luis Suárez exam

Quite a blow for Georgia, which, like the Balkan team, was seeking to qualify for the first time in its history for a major international tournament.

A goal that led the Caucasians to be somewhat more incisive than their rival in the first half, in which Georgia tested Macedonian goalkeeper Stole Dimitrievski, Rayo Vallecano goalkeeper, on a couple of occasions.

The clearest was a shot thirty minutes into the game from inside the area by Tornike Okriashvili, which went slightly wide.

An occasion to which Goran Pandev responded five minutes later, of course, with a header that local goalkeeper Giorgi Loria deflected for a corner.

Pandev did not fail in his next opportunity, who enlarged his legend by culminating in the 56th minute a triangulation in the Georgian area between Elif Elmas, striker Ilija Nestorovski and Goran Pandev himself.

You can also read:  Jamie Vardy and his winning streak in the casino, transformed 1,400 dollars into 40 thousand

A goal that allowed Macedonia, who had never played a European Championship or a World Cup before, to seal their ticket for the final phase of Euro 2020, in which the Balkans will face the teams of Ukraine, the Netherlands and Austria. EFE. (JL).