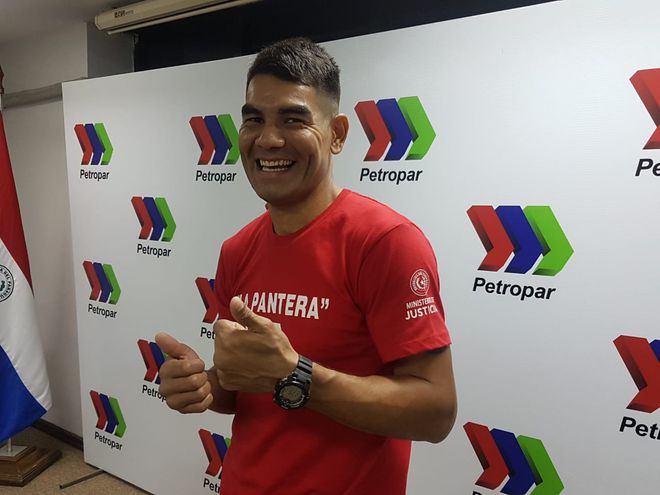 Paraguayan boxer Richard ‘la Pantera’ Moray, who this month was proclaimed champion of the South American tournament of Boxing in the Tacumbú prison, where he was serving a sentence for robbery, he entered the labor market after signing a contract with a service station in Greater Asunción.

Moray, 31, who was paroled six days after that fight, signed a contract with the state-owned Petropar on Thursday to work at one of the fuel dispensing stations, the Justice Ministry reported.

It is, according to the Ministry’s statement, a recognition “of the progress achieved by Moray through the sport of boxing with which he was able to remake his path and deserve all the support and trust of the national company ».

You can also read:  Angela Miranda could not retain crown

Moray signed the contract in the presence of the president of Petropar, Patricia Samudio, to whom he promised “to make every effort not to defraud anyone,” according to the ministry statement.

The source added that Moray will begin his new job as a fuel loader on Friday at the Petropar service station located in the city of Villa Elisa.

The Paraguayan judicial authorities granted the fighter conditional freedom with 10 months remaining to the end of his confinement in the Tacumbú penitentiary, the largest in Paraguay.

They then argued that during his sentence he became an “example for all those deprived of liberty that change is possible.”

You can also read:  Deadly shooting during weigh-in of boxing match in Dublin

The conditional included the provision of a community service as instructor of boxing in the penitentiary.

Earlier, on July 5, Moray beat Brazilian boxer Carlos ‘Caolho’ de Jesús after knocking him down three times in the first round.

Thus he obtained the South American title of Boxing.

The Paraguayan boxer is also a national champion in the welterweight category, a discipline that he began to practice at the age of 14 in Gregorio de Laferrere, a town located in the district of Greater Buenos Aires, in Argentina.

He had been sentenced to seven years for aggravated robbery and suffered from several addictions that he overcame in jail. EFE

You can also read:  The mysterious murder of boxer Alejandro 'Cobrita' González Jr.