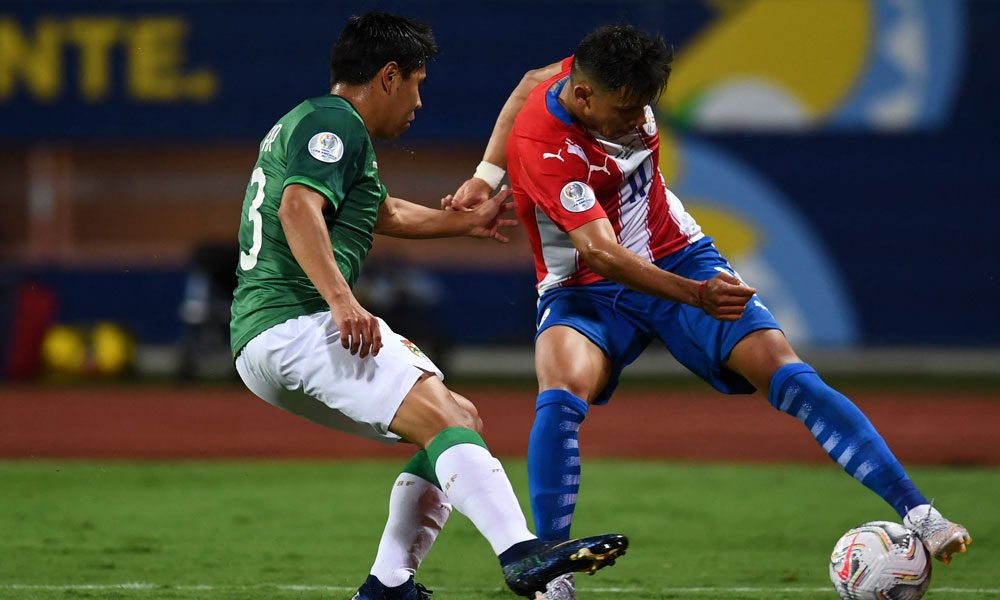 The Paraguayan team debuted with victory in the Copa América after beating Bolivia on Monday (2-1) at the Olympic stadium in Goiania, in a controversial match.

The Bolivians went ahead on the scoreboard with a penalty converted by Saavedra in the 10th minute, although in the first half discount, La Verde was left with 10 players due to Cuéllar’s expulsion and Paraguay took advantage of their numerical superiority to overcome the score.

Romero Gamarra, with a nice shot from outside the area, equalized in the 62nd minute and three minutes later, Ángel Romero took advantage of a clearance by goalkeeper Cordano on the same goal line to put the Guaraní team ahead.

You can also read:  Palmeiras, Flamengo, River and Barcelona Guayaquil to quarters

Already in the 80th minute, Ángel Romero himself took advantage of a poor ball exit from the Bolivian defense to score the final 3-1 in a quick counterattack.

With the victory, Paraguay goes on to lead group A of the tournament with three points, while Bolivia is bottom with zero and Uruguay had a free date. AFP. (JL).