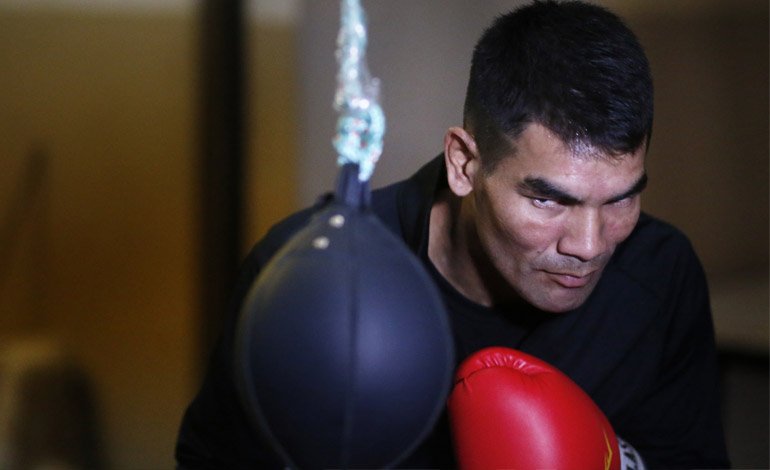 Richard Moray has had to fight many battles to overcome his criminal past, his drug addiction and his incarceration. Now, he yearns for the freedom that he will get in four months.

And before that, he waits for one last chance to revive a boxing career that seemed buried, according to the 31-year-old inmate himself, in an interview with the AP during a break from his training at the Esperanza penitentiary, on the southern outskirts of Asunción.

“Pantera” Moray got off to a promising start in the ring, before losing his last three professional fights. In 2012, he was sentenced to seven years in prison, for aggravated robbery

“Although the law says that he can be free to serve 50% of his sentence, he could not leave for lack of a defense attorney,” Teófilo Báez, director of the Esperanza center, told The Associated Press.

You can also read:  Mayweather wants to come out of retirement to compete in MMA

For a few years, he dedicated himself to carpentry work in the prison. Then his coach, Fabio Moreno, appeared, who, according to “Pantera”, helped him regain physical form.

Three years ago, an opportunity came to fight a boxing match in jail. Moray won it, but it was against an opponent who was 1-16 at the time.

This Friday, he will have a second fight behind bars, this time against a fighter who looks more complicated. It is the Brazilian Carlos “Caolho” Santos de Jesús, who arrives with an 11-11 record, although he has lost four of his last five fights.

Boxing leaders in Paraguay have affirmed that the fight is in dispute for the super welterweight title of the National and International Boxing Association based in Sao Paulo. But at least on the internet, there are few references to that body that would sanction the contest. And the representative of the association in Paraguay is also a representative of Moray.

You can also read:  The power of Santa Cruz prevailed over the courage of Martínez

Despite this, the Paraguayan Ministry of Justice promotes combat as an example that social rehabilitation is possible. And the lawsuit has opened up for Moray at least one alternative to revive his career in the ring.

“For me it is important to win the fight but the priority is to show society that I have recovered from the vices and tell my internal companions not to give up when they are wrong because of mistakes made in life,” said “Pantera” whose His face would seem to reveal an older age than he actually is.

Those mistakes included drug addiction and assault, after which he fled to Argentina, where he participated in some dark boxing matches and worked in construction. He was arrested on his return to Paraguay.

Through a video posted on the profile of the Ministry of Justice on Facebook, Moray made reference to a complicated youth and their fall into a series of problems.

“I was a slightly grumpy, rebellious teenager, I was a bit curmudgeonly, I didn’t want to hear what my family told me,” he recalls.

Jorge Fernández, director of the Tacumbú prison, where Moray spent his first years in prison, informed the AP that “this boxer has our offer so that, once released, he can teach inmates who like this sport how to box. part of the social reintegration program ”.

For now, Moray awaits his own return to life outside of jail.

“My dream about to come true is to regain the freedom to hug my two daughters, Guadalupe and Micaela, and go for a walk,” said Moray. AP