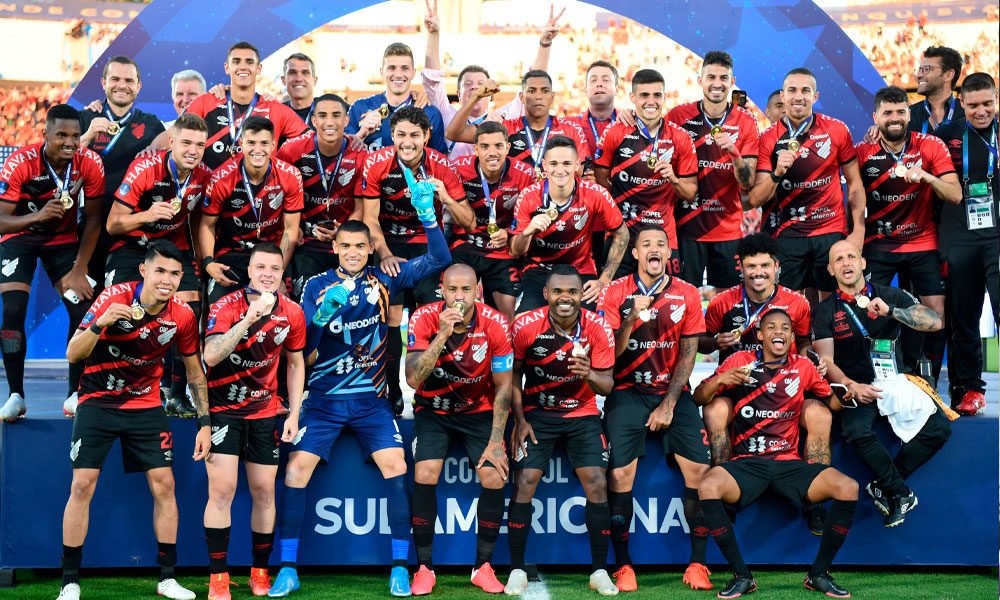 The Centenario Stadium in Montevideo was flirtatious to host the grand final of the South American Cup, a game that brought Athletico Paranaense against RB Bragantino, in the end the Curitiba team won 1-0 and was crowned champion of the second tournament in importance in South America.

It was a party even in the previous one, the fans present in the historic Uruguayan sports scene, enjoyed a concert by Os Baroes da Pisadinha, a musical group made up of two men who made the fans dance, mostly Brazilians present in the colossus of the capital of Uruguay.

As what was left was emotion, the long-awaited Copa Sudamericana arrived on the field of play, the trophy that entered the field of play in the hands of Lucho González, an Argentine footballer who is one of the references of the institution of Curitiba and, accompanied by Mauro Silva , a recognized of the paulista cadre.

You can also read:  The teams that can qualify for Qatar 2022 on the November FIFA date

The two Brazilian teams in contention jumped onto the field, the locals in their traditional red and black uniforms and the visitor, if you can call it that, with the white and red brand of the energy drink that sponsors them. The clubs wanted to make a real football demonstration in Charrúa lands.

Already in what corresponds to sports, the emotions on the court reached until minute 19 of the game, when in a string of plays created by Cuello, the player who almost scored an Olympic goal and, later, on the rebound, almost the puts in the farthest angle from Santos. The Uh! He was present on the field of play.

You can also read:  Koeman's cycle would be finished and Laporta likes Pirlo as a substitute

However, 10 minutes later, Nikao scored a real goal, after capturing the rebound yielded by Cleiton, after a powerful shot from Kayzer. The right winger got up in the air of Montevideo and with spectacular scissors sent the ball to the furthest post from the goalkeeper to make it 1-0 for Paranaense.

With those two specific plays the first half ended. For the complement, a reaction was expected from ‘Braga’. And indeed, that’s the way it was, in the second act Mauricio Barbieri’s men came out with a different attitude trying to find the goalkeeper’s goal, Santos. Those in red and black buckled and held the Red Bulls’ possession of the ball.

Despite the fact that those in white and red overturned the field on their rivals, they could not even score the equalizer. The definition was the cross with which they had to carry those of the Sao Paulo state team, who could never decipher the defensive bolt posed by their opponents.

You can also read:  America equalizes without goals at the start of the Liga MX campaign

In this way, Athletico Paranaense entered the great history of the South American Cup by being crowned for the second time in the competition, being the first and only one with that record; since the others only have one title. RB Bragantino tried it, but it is redeemable that after his financial intervention he has already reached an international final. (Bolavip)