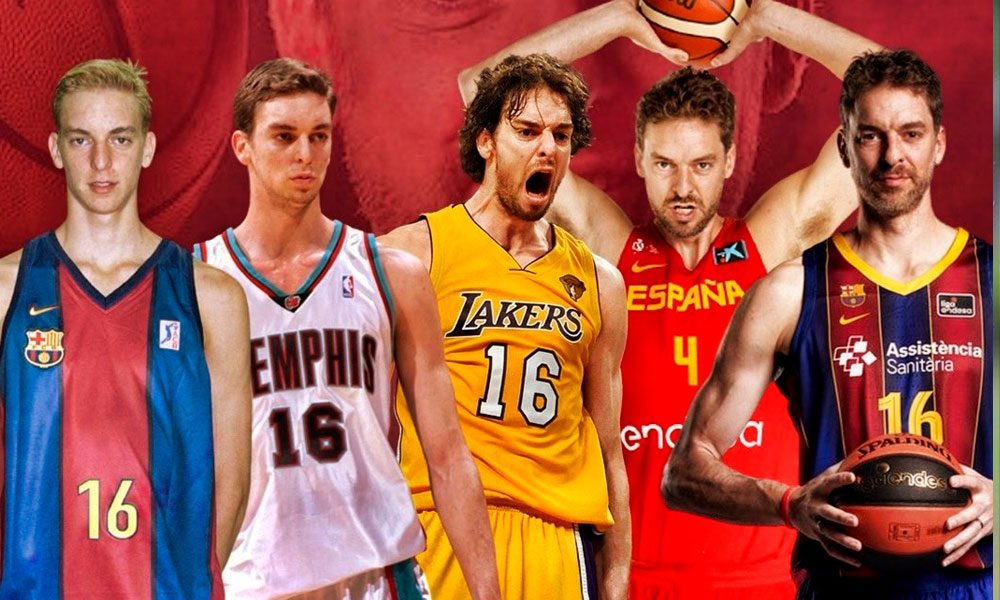 The first Spaniard to win an NBA ring and one of the best European players in history, Pau Gasol announced the end of a magnificent career in which he led his colleagues from the golden generation to challenge even the almighty United States.

At 41, the Catalan giant says goodbye with a historic record: three times European champion, the oldest of the Gasol brothers was also World Champion in 2006, although the epic Olympic finals lost against the successors of the Dream Team in Beijing- 2008, including Kobe Bryant and LeBron James, and London-2012 were two of the great climaxes of his career.

So much so that he did not want to give up playing his fifth and last Games in Tokyo-2020, despite the injury that had him away from the courts for two years. After falling in the quarterfinals against the United States in Saitama, Gasol made his retirement from the Spanish team official, but kept the unknown about his career. Until this Tuesday.

«I am here to inform you that (…) I am going to retire from professional basketball. It is a difficult decision (…) but it is a considered decision, you have to change gears a bit, and also know how to enjoy yourself, “he explained in an emotional act in a theater in Barcelona, ​​where his voice broke when he mentioned his brother Marc or his missed Kobe Bryant.

You can also read:  Anthony Davis did not want to move from the Lakers

The birth of his first daughter, Elisabet Gianna, who has just turned one year, has also weighed on his decision to stop, as he himself advanced.

The little girl’s middle name is a tribute to Bryant’s daughter, who died with her father last year in a helicopter accident that shocked the world, and left Gasol “devastated”, who considered his former teammate in the Lakers as an older brother”.

Guided by his desire to reach his fifth Olympic appointment, Gasol had signed in February until the end of the season for Barcelona, ​​which kept the door open to keep him for longer.

But the Spanish giant – 2.15m tall – has decided to retire permanently just months after returning to competition in April, after a difficult recovery from the fracture in the tarsal scaphoid in his left foot, which threatened to advance his retirement.

On his return home, Gasol achieved what was his second league with Barça, from which he raised in his first season as a member of the Barça professional team (2000-2001), the club where he was formed. Only the Euroleague has resisted him.

You can also read:  Warriors win again and tie brand; James shines with the Cavaliers

Soon after, he made the leap to the NBA as No. 3 in the draft, where he would begin the nearly two-decade journey that built his legend. At the age of 21, he joined the Memphis Grizzlies (2001-2008), where he was recognized as rookie of the year, before joining the Los Angeles Lakers (2008-2014), the club where he would live his greatest glory.

With the California team jersey, Gasol conquered the 2009 and 2010 rings with his great friend Kobe Bryant, whose family he accompanied in May in the introduction of the late basketball star into the NBA’s “Hall of Fame.”

Six times All-Star, after the Lakers he went through the Chicago Bulls (2014-2016), San Antonio Spurs (2016-2019) and, throughout 2019, through the Milwaukee Bucks and Portland Trail Blazers, from where he would return to Europe looking at Tokyo.

The last survivor of the ‘Golden Juniors’ -who together with José Manuel Calderón, Felipe Reyes or Juan Carlos Navarro starred in the most glorious stage of Spanish basketball-, Gasol fulfilled his dream of playing his fifth Games, but could not add a fourth medal to the silver of Beijing-2008 and London-2012, and to the bronze of Rio-2016.

You can also read:  The Nuggets renew Porter Jr for five years and up to $ 207 million

This defeat, Pau said at the time, “will not stain 20 wonderful years” with the national team, which began with his victory at the 1999 Junior World Cup.

A track record as great as the solidarity facet of this champion born in Barcelona, ​​who started Medicine, and now presides over a foundation together with his brother Marc to fight against childhood obesity.

A great friend of tennis player Rafa Nadal, at the worst moment of the pandemic, together they launched an initiative with the Red Cross to raise funds against covid-19.

Newly elected member of the Athletes’ Commission of the International Olympic Committee (IOC), now he will be able to dedicate himself to his many concerns. Pau Gasol leaves, but not completely. AFP (HN)